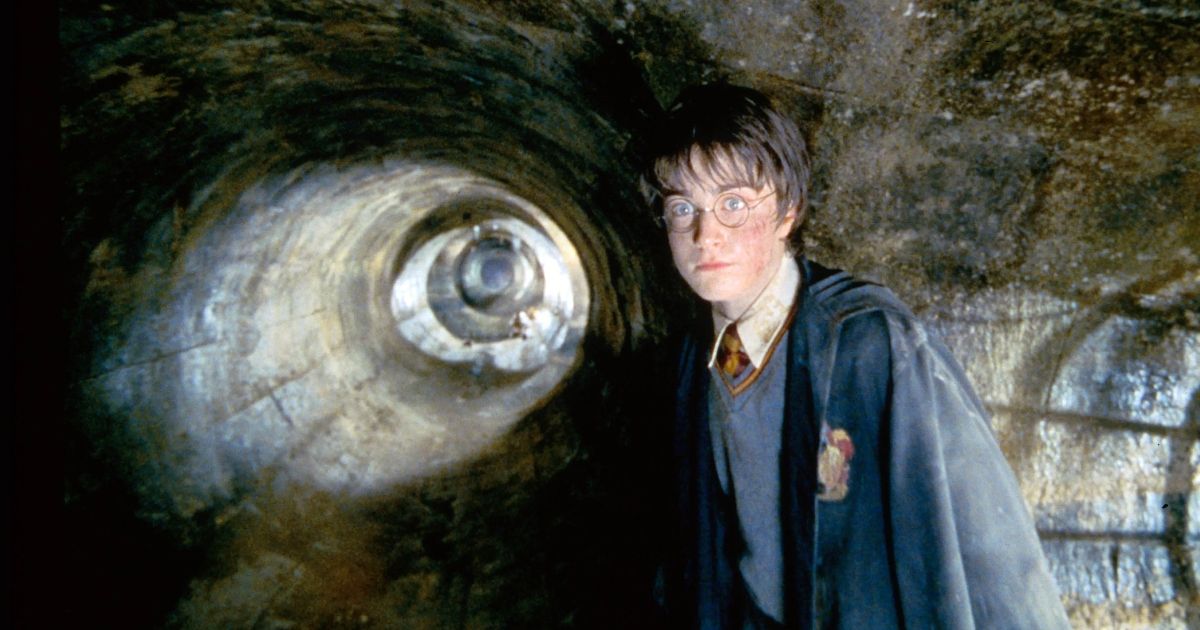 The Most Terrifying Creatures, Ranked

When wandering through the Wizarding World, one must be wary of encountering any number of terrifying creatures. As we creep closer into the Halloween season, it seems appropriate to go over a list of the most fear-inducing monsters to grace cinema screens throughout the Wizarding World franchise.

Here we will go over these creatures’ appearances and what sort of impact they carried in their appearances. We’ll also briefly detail their abilities and, where applicable, their real-world inspirations. From the werewolves to the giant spiders, prepare yourselves for chills, thrills, and petrification.

The term Merpeople actually covers a wide range of creatures, from the traditional mermaid/merman to the selkies and sirens of mythological lore. In the film Harry Potter & The Goblet of Fire (2004), the merpeople play an essential role in the second task of the Triwizard Tournament, protecting four young wizards whom the champions must rescue from the depths of the Black Lake.

While Merpeople are known to carry a large variety of appearances, the ones featured in the film can be pretty terrifying in appearance and are known to be aggressive beings, threatening Harry when he attempts to save more than one person. The creatures also tend to hold a bias toward humanity, rejecting the classification of humanity itself. However, they did seem to have a great deal of respect for Albus Dumbledore.

Centaurs are another species that, while appearing at least partly human, are considered to be an entirely different species. While some would see these creatures as graceful or attractive, the great power they hold and their extreme bias towards humans make them such terrifying creatures. Centaurs seem to share many traits with their Greek mythological counterparts, owing to their great skill in archery, astrology, divination, and martial prowess.

Firenze would stand out from the herd when he broke many social taboos among the Centaurs, allowing Harry Potter to ride him to safety and taking up employment at Hogwarts. His fellow Centaur would look down on these acts, calling him no more than a common pack mule indentured into humanity’s servitude.

Boggarts are the embodiment of fear itself, with their abilities being that they can transform into a person’s worst fear. Inspired by creatures of Celtic folklore, Boggarts often tend to hide in dark spaces, such as underneath a bed or inside a closet or cabinet. This would draw many comparisons to the modern-day boogeyman.

While the creatures can easily traumatize their victims, such as when one rapidly shifted into the dead forms of Molly Weasley’s loved ones, they appear to lack intelligence, such as when one Boggart is faced by more than one potential victim and would attempt to shift into both wizard’s fears at the same time. The easiest way to dispose of a Boggart is by casting a charm to make them appear more silly and laughing at them, repelling them.

Werewolves are commonly found in English folklore as well as in American cinematic horror films over many decades. Within the Wizarding World, it is established that should a werewolf bite a human while in their lupine form, and the human survives, the curse of lycanthropy would pass on, and the victim would, in turn, become a werewolf themselves.

While Remus Lupin is the most prominently featured werewolf in the franchise, his kindness is often seen as an outlier, with many werewolves having grown disenchanted with human society after years of mistreatment. Fenrir Greyback would lead many werewolves in aligning with the Death Eaters, almost turning Bill Weasley, as well as murdering Lavender Brown.

First introduced in Harry Potter & The Prisoner of Azkaban, Dementors inhabit and feed off of positive emotions with their deadly kiss, leaving only gloom and deep depression. Often found as guards over the high-security prison Azkaban, their duties and abilities would seem fitting as their name comes from the Latin term “demens,” meaning insane.

As is often seen throughout their many appearances on-screen, the Dementor’s most lethal ability is their kiss, which allows them to suck the very soul of a person from their body. It is often said that to be a victim of the Dementor’s kiss is a fate worse than death, as to lose one’s soul is one of the most terrifying things a human being could face.

Dragons are all over history’s folklore; be it in the tales of China or Medieval times, it is often agreed that these winged creatures could decimate entire villages with their sharp claws and fiery breath. And they would be challenging to take down with their scaly hide acting as natural armor.

While the Wizarding World appears to make little effort in differentiating their dragons from their wyverns, each creature is a formidable force to be reckoned with. Using four different breeds in the Triwizard Tournament, Harry Potter would have to contend with the most dangerous of dragon breeds in the Hungarian Horntail, only succeeding in this venture by using his exceptional flying skills.

Inserting the word “giant” before any mundane creature would immediately make them a fearsome threat. But with spiders, one of the most common phobias worldwide, the Acromantula is a creature that comes straight out of someone’s nightmares. These creatures are capable of raising their own armies, often having hundreds of children in their lifetimes.

The most referenced Acromantula is Aragog, Rubeus Hagrid’s pet, accused of being the monster responsible for killing multiple students when the Chamber of Secrets was opened for the first time. Aragog would tend to hate humans, with the exception of Hagrid, even attacking Ron and Harry when they had entered his part of the Forbidden Forest.

The origins of the Basilisk date back to the Hellenistic era, with some tales regarding it as a Cockatrice. Though the Wizarding World adaptation of the creature would seem to take away any resemblance to a chicken, with Salazar Slytherin’s monster having the appearance of a terrifying snake.

Much like Medusa in Greek myths, indirectly looking into the Basilisk’s gaze could petrify someone, almost into a stone-like state. Noted as being the “King of the Serpents,” Basilisks can do more than just stare their foes to death, also possessing venom that can be secreted from their fangs. This creature has a significantly prolonged life span and can be incredibly difficult to kill, often needing unique weaponry or potentially tricking the Basilisk into staring into its own reflection.