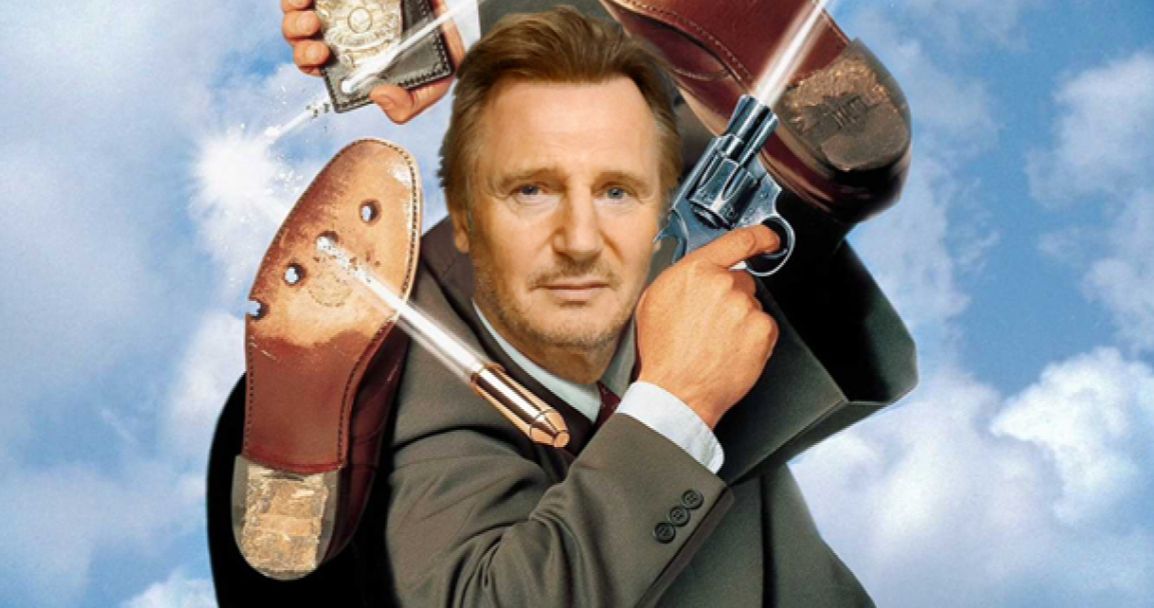 After being teased last year, it looks like a reboot of comedy franchise The Naked Gun has been green lit at Paramount Pictures and Liam Neeson is in talks to take the lead role. As reported by Deadline, The new movie will be directed by Akiva Schaffer and is being produced by Family Guy creator Seth MacFarlane and Erica Huggins through their Fuzzy Door production company. Chip ‘n Dale: Rescue Rangers writing team of Dan Gregor and Doug Mand will be reunited with that movie’s director Schaffer on the project as they rewrite the existing draft of the script that was penned by Mark Hentemann and Alec Sulkin.

The Naked Gun originally starred Leslie Nielsen in the lead role of Frank Drebin, a character he originated in the ABC series Police Squad. While the series only survived six episodes before being canceled for its terrible viewer numbers, the feature film that followed it became an instant hit and was one of Nielsen’s most successful movies alongside the likes of Airplane! Containing plenty of visual gags, double-entendre’s and some ridiculous slapstick, The Naked Gun brought out the side of Nielsen that he is mostly remembered for, despite having a long career as a straight actor before turning to comedy.

For this reason, Liam Neeson may seem like a strange choice to take over the franchise from Nielsen, who passed away in 2010, but he is a prefect successor. While there have been no specific details released about the plot of the new movie, it has been rumored that Neeson will not be taking over Nielsen’s role but will be playing the son of Frank Drebin, who will no doubt have inherited his father’s ability to cause utter chaos but still catch the bad guys.

Liam Neeson has been discussing the potential Naked Gun reboot for some time now, not quite as long as the decade a possible new version of the film has been on the cards, but certainly for the last couple of years. While he is currently best known for his tough guy action roles, Neeson has been known to put in a comic turn in the past, and it seems that he was ready to throw himself into The Naked Gun last year. At the time he said:

“I know Seth and his team are working on a draft, I’m very excited, and I think and hope Seth might be directing it himself. No date has been set, I think, I believe it’s Paramount Pictures that approached Seth, and Seth approached me. This was about a year and a half ago, maybe two years ago. So it’ll either ruin my career, whatever’s left of it, or I’ll find another little adventure, you know?”

While things have changed a little, with MacFarlane no longer directing the project himself, the movie is now seemingly on solid ground. This seems to be a revival/sequel to the original Naked Gun movies, and with someone like MacFarlane – who isn’t known for his subtle humor – part of the production, there is probably no better team to bring The Naked Gun back in style.