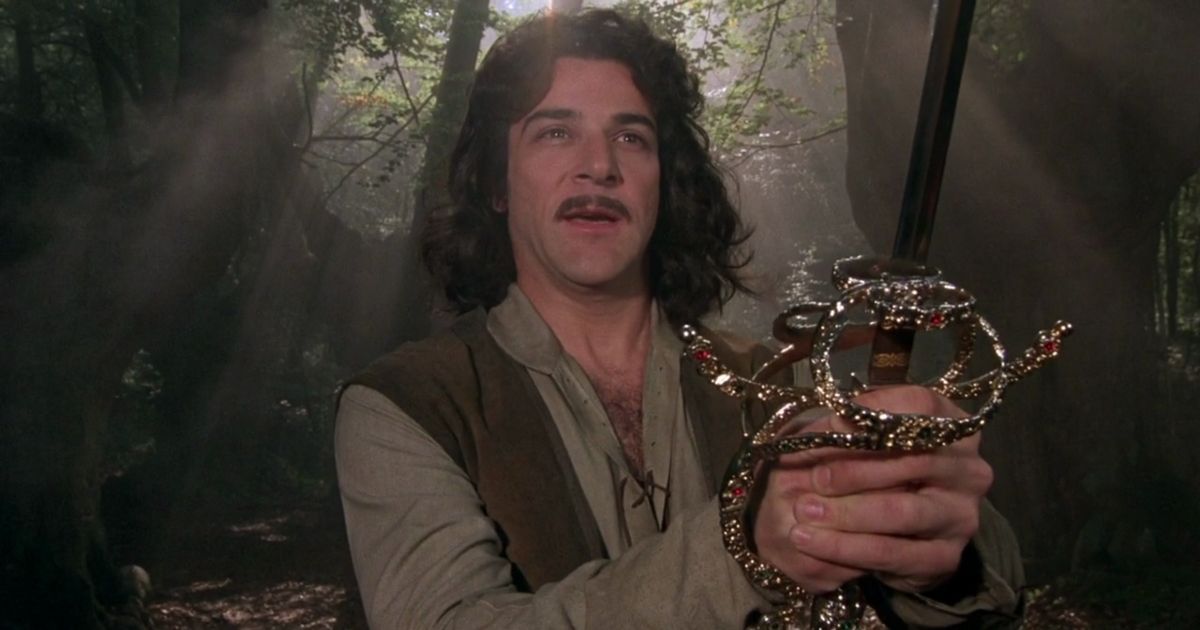 In celebration of the recent 35th anniversary of the beloved 80s movie The Princess Bride, Inigo Montoyo himself, aka actor Mandy Patinkin, put together a video in honor of the occasion and shared it through his Twitter account. Having released on September 25, 1987, The Princess Bride was a modest box office success, taking just less than double its $16 million budget, but its legacy has grown far beyond that original release.

In his post, Patinkin commented on the movie, writing, “The Princess Bride recently turned 35 years old. So grateful to have been a part of that piece and to everyone who had a hand in making it come to life.” In the accompanying video, the actor emotionally shared his memories of the movie, from his iconic scenes as swashbuckling Montoya to how he feels about the movie now. During the video, he said:

“I just miss it to this day. I’m such a f*cking cry baby, but it was so incredible to work on it with everyone.”

The Princess Bride stars an ensemble cast including Patinkin, Chris Sarandon, Christopher Guest, Andre The Giant, Robin Wright and Cary Elwes, with guest appearances by Peter Falk, Billy Crystal, Mel Smith, and more. The film currently holds a stunning 98% approval rate on Rotten Tomatoes, and while the three-decade-old movie is now right in the middle of remake territory, its popularity has seemingly stopped that happening.

Related: The Princess Bride: Where the Cast is Today

A Princess Bride Remake Has Been Discussed

There are plenty of movies that deserve to be remade, whether it is for special effects reasons or just because the original missed its potential and could be improved on with a different cast and crew. The Princess Bride doesn’t really fall into either of these categories, but in the 30-40 year life cycle of movies, Hollywood has thought about creating a new version of the film.

The first real talk about the possibility of a Princess Bride remake came in 2019, with Sony showing interest in revisiting the story. Possibly due to the online outrage against the idea, all the talk of remaking the movie seems to have fallen by the wayside. At the time, actor Cary Elwes commented on his social media, “There’s a shortage of perfect movies in this world. It would be a pity to damage this one.” That sentiment pretty much captured the feelings of everyone. He later said:

“For the studios, the cost of promotion and advertising has become so prohibitive now that they want to cut down on that. Their feeling is that when they do a reboot or remake, they have a target audience, so they don’t have to spend as much on marketing. So I understand the motivation. But my theory is, look, if the movie is popular and it’s done well, and people love it, I think it’s pretty much best left alone. If a film has landed in the hearts of the public, then, to me, it’s not a good idea to try and revisit it.”