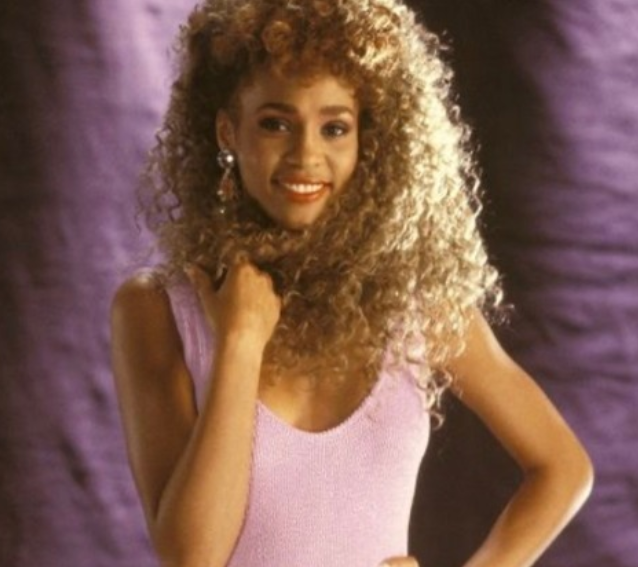 The Whitney Houston Biopic We Needed!

The trailer for I Wanna Dance With Somebody is out, and we love this movie about one of the best voices in history.

I Wanna Dance With Somebody takes us on a happy and sad journey through the life and music of the best female R&B singer of all time, Whitney Houston. The journey of the voice that stole our hearts, from a little girl singing in the chapel to owning some of the biggest stages in the world.

The trailer for the movie shows a young Whitney being pushed onto the stage when her mother can’t sing one night. However, this was the show that put her in the spotlight. As soon as she catches the eye of a record producer in the crowd, the young musician’s journey starts.

She then makes the world disappear with her powerful voice as she moves toward her dreams and sings for an audience so big that we can’t even imagine it. She is criticized for her music not being “black” enough, but she says that the color of her music doesn’t matter because what matters is that she can sing.

As we watch scenes from some of her most famous performances and parts of her life that couldn’t be hidden, we are told that we will see a side of Whitney that we didn’t know before. In the background, a man says that he just heard the best voice of his generation, but the singer’s music takes over the clip again.

The trailer gave me goosebumps every time because this voice really steals the show, and Naomi Ackie’s performance as Whitney Houston really makes me think of her. We got a great trailer that only makes us more excited to see the movie.

The movie I Wanna Dance With Somebody is set to come out in theaters near you on December 21, 2022. So don’t miss this musical biopic of Whitney Houston that will make you love her all over again.

How the critics reacted

Critics had mixed things to say about “I Wanna Dance with Somebody (Who Loves Me).” In a review of the album Whitney by Rolling Stone’s Vince Aletti, he said of the song, “It’s not a good song.” “Merill Griffith and Shannon Rubicam, the song’s original writers, didn’t want to take any chances, so they came up with a clever anagram of their original hit, “How Will I Know,” and Narada Michael Walden gave it a similar upbeat finish. This is “How Will I Know II,” and the plan isn’t all that different from what Hollywood does with its hit sequels.” Robert Hilburn, the pop music critic for the Los Angeles Times, called the song “a deliciously rowdy tune with a bit of the synthesizer backing and giddy zest of Cyndi Lauper’s “Girls Just Want to Have Fun.”

The New York Times’ Jon Pareles wrote a negative review of Whitney. He said that listening to “I Wanna Dance with Somebody (Who Loves Me)” and “You’re Still My Man” was like “watching TV while someone messes with the color controls.” In 2006, Slant Magazine put the song at #88 on their list of the 100 Greatest Dance Songs. They said, “With its parenthetical title, gummy bassline, schmaltzy horns, tinkling keyboards, and half-step key changes, [the song] is the epitome of ’80s dance-pop.”

At the 15th American Music Awards on January 25, 1988, “I Wanna Dance with Somebody (Who Loves Me)” won the award for “Favorite Pop/Rock Single.” Houston also won the Grammy for “Best Pop Vocal Performance, Female” for the song at the 30th ceremony on March 2, 1988. She was nominated for three awards that night. On March 30, 1988, at the 2nd Soul Train Music Awards, the music video for the song was nominated for “Best Music Video.” At the 1st Garden State Music Awards, Houston’s video won “Best Music Video.” In a poll for ITV in 2015, the British public chose this song as their fifth favorite number one from the 1980s. Rolling Stone’s updated list of the 500 Greatest Songs of All Time put “I Wanna Dance with Somebody (Who Loves Me)” at number 231 in 2021.

How the chart did

At the beginning of May 1987, “I Wanna Dance with Somebody (Who Loves Me)” was released as the first single from Houston’s second studio album. It made its debut on the Billboard Hot 100 on May 16, 1987, at number 38. This was her highest debut in the 1980s. Six weeks later, it reached the top of the chart, making it Houston’s fourth number-one single in the United States. It came out on June 27, 1987, the same day that Houston’s album Whitney debuted at number one on the Billboard 200 (then called “Top Pop Albums”) for the first time ever by a female artist. It stayed at the top for two weeks, was in the top ten for nine weeks (more than any other song that year), and was on the chart for 18 weeks. The song was number one on the Hot 100 Single Sales chart for two weeks and on the Hot 100 Airplay chart for three weeks, which was her longest run at the time. The single also reached number one on the Hot Adult Contemporary chart, and Steve Thompson and Michael Barbiero’s remixed dance/club version of the song became Houston’s first chart-topper on the Billboard Hot Dance/Club Play Songs chart, where it stayed at the top for three and two weeks, respectively. [20] [21] It also got to number two on the Billboard Hot R&B/Hip-Hop Songs chart, which was called “Hot Black Singles” at the time. The chart came out on July 4, 1987. It stayed in that spot for two weeks, behind Stephanie Mills’s “I Feel Good All Over,” which never made it to the Hot 100. It spent 15 weeks on the R&B chart.

The Recording Industry Association of America (RIAA) certified the single Gold on July 28, 1987, for shipping 1,000,000 copies of the single. On February 13, 1989, the RIAA changed its criteria for certifying singles, so the single was re-certified Platinum for the same shipment. This made it Houston’s first single to get this honor. (Before January 1, 1989, you had to sell more copies of a disc to get a gold or platinum award. The limits were 1,000,000 units (gold) and 2,000,000 units (platinum), which shows that fewer singles were sold. It was the fourth most popular single of 1987, according to the Billboard Year-End Top Pop Singles chart. In Canada, the song first appeared on the RPM Top 100 Singles chart on May 9, 1987, at number 74. On July 4, 1987, it was at the top of the chart. On the RPM Year-End Top 100 Singles chart for 1987, it came in at number two. On February 29, 1988, the Canadian Recording Industry Association (CRIA) gave the single the Gold award.

The song was a huge hit all over the world, and at the time, it was her most popular single. In fourteen countries, it was number one. The song’s first week on the UK Singles Chart, which ends on May 23, 1987, it was number 10. Two weeks later, on the week ending June 6, 1987, it was number one on the chart, making it her second UK number-one single. On August 1, 1987, the British Phonographic Industry (BPI) said that the single was Gold because it had sold 400,000 copies. The Official Charts Company says that 760,000 copies have been sold in the UK.[33] It was the first number one hit in the UK to be released as a CD single. The single also spent three weeks at the top of the singles chart in Belgium, four weeks in the Netherlands, five weeks in Germany, one week in Italy, seven weeks in Norway, six weeks in Sweden, and six weeks in Switzerland. It also reached the top five in Austria and Ireland. Because the single was so popular in Europe, it stayed at the top of the European Hot 100 Singles chart for eight weeks. It was Houston’s second number-one single, and it stayed at the top of the Australian Kent Music Report chart for five weeks. The song also reached number one on the New Zealand Singles Chart and stayed there for four weeks, making it Houston’s first number-one single in the country.

The single “I Want to Dance with Somebody (Who Loves Me)” sold 4.2 million copies all over the world. After she died, the song went back on the Billboard Hot 100 at number 35, the same week that “I Will Always Love You” went back on at number 7. This gave Houston two Top 40 hits after she died.

Brian Grant directed the video for “I Wanna Dance with Somebody (Who Loves Me),” and Arlene Phillips did the choreography. Phillips also worked with Houston on the video for “How Will I Know.” In the video, Houston is wearing a pink dress, and the purple background is shown from the same angle the whole time. In the beginning of this video, Houston has just finished a show. She walks backstage, and the scene cuts to other shots of her that are more vivid and colorful. The song then starts in a big way, with Houston dancing in different places and wearing different clothes while dancers try to impress her. At the end of the song, she grabs a guy and asks, “Don’t you want to dance? Say you want to dance.” The guy looks shocked and surprised. The video was remastered in 4K to celebrate the 35th anniversary of Whitney. As of August 2022, it had more than 366 million views on YouTube, making it the fifth most watched music video by a woman from the 1980s, after “Time After Time” by Cyndi Lauper, “La Isla Bonita” by Madonna, “Total Eclipse of the Heart” by Bonnie Tyler, and “Girls Just Wanna Have Fun” by Lauper.