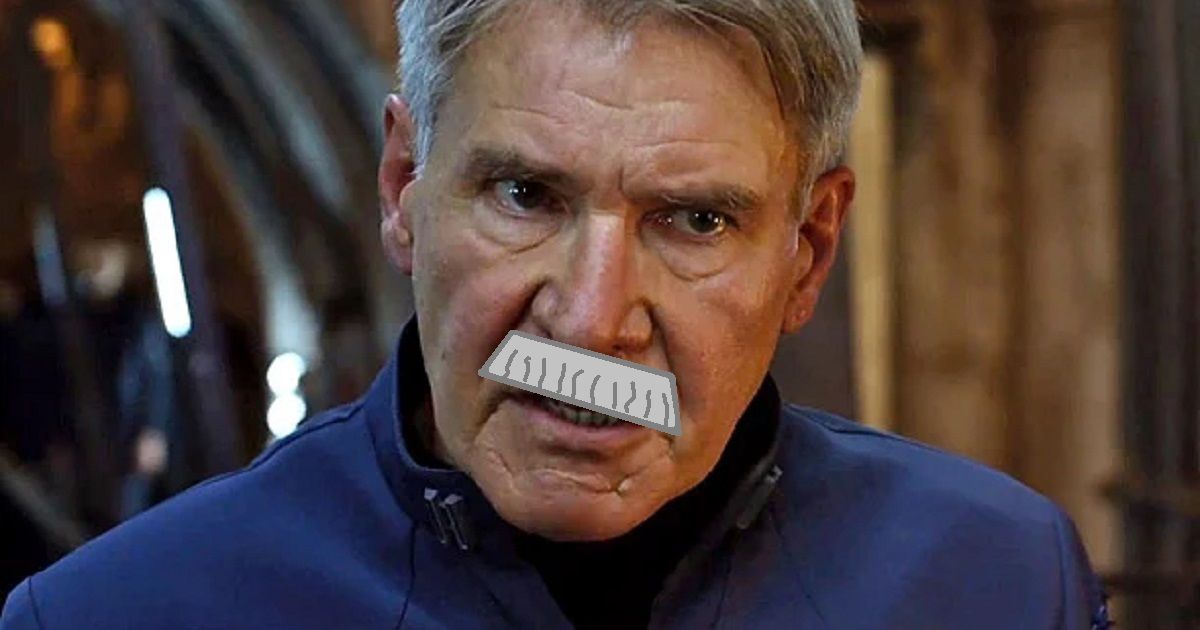 Following the rumor that Star Wars and Indiana Jones actor Harrison Ford is being courted for a role in the MCU as General Thaddeus “Thunderbolt” Ross in the upcoming Thunderbolts, Digital Artist Rahal Nejraoui has put together an image of what such a casting might look like. Taking to Instagram, the artist gives Ford the glorious mustache needed for the role of the General, as well as putting him in the military uniform adorned with medals that make Thunderbolt Ross so recognizable. You can check out the fan-made image below. Don’t worry, it’s far more impressive than our header image.

“Would you like Harrison Ford to be the new General Ross of the MCU?” the artist says in a caption alongside the image. “Heard yesterday the news and I decided to make a quick concept.” The image comes in the wake of the rumor that Hollywood legend Harrison Ford has been cast as Thaddeus “Thunderbolt” Ross, taking over from The Incredible Hulk actor William Hurt who sadly passed away earlier this year.

“Marvel has denied what I’m about to tell you and that’s a matter of timing,” noted insider Jeff Sneider recently revealed to The Hot Mic. “Am I too early or am I too late? So the deal is multiple sources have indicated that Harrison Ford either is or was the studio’s top choice to star in the Thunderbolts movie as General Ross himself because William Hurt passed away.”

The Marvel character has appeared throughout the MCU in the likes of The Incredible Hulk, Captain America: Civil War, Black Widow, and the Avengers outings. With the Thunderbolts movie now confirmed for release during Phase Five, many have wondered how Ross will factor into the project following the death of Hurt. While some had assumed that the name “Thunderbolts” would be given to the antihero team as a way to pay tribute to Ross, with the character reflecting real-life and dying in the MCU, it sounds like the studio will instead recast. With Harrison Ford being tipped for the part.

Oh, so convinced of this is Sneider that he even claims that the announcement of Ford’s involvement was planned for D23 but was blocked by Lucasfilm. “So what I initially heard is that this was a done deal for D23, that they actually wanted to announce him as a cast member in Thunderbolts at D23 but that they didn’t because Kathleen Kennedy put her foot down and said, ‘No, we’re going to keep the focus on Indiana Jones 5 content, I don’t want this to become Harrison Ford joining the MCU, we’re going to keep the focus on Indy 5 right now,” he said.

After months of speculation, Marvel Studios has now revealed who will be on the Thunderbolts team when they make their big screen debut in 2024. As shown in a piece of concept art unveiled during the D23 Expo, the Thunderbolts will consist of Bucky Barnes (Sebastian Stan), Ghost (Hannah John-Kamen), U.S. Agent (Wyatt Russell), Valentina Allegra de Fontaine (Julia Louis-Dreyfus), Yelena Belova (Florence Pugh), Red Guardian (David Harbour), and Taskmaster (Olga Kurylenko).

Directed by Jake Schreier, filming on Thunderbolts is expected to begin early next year before being released on July 26, 2024.