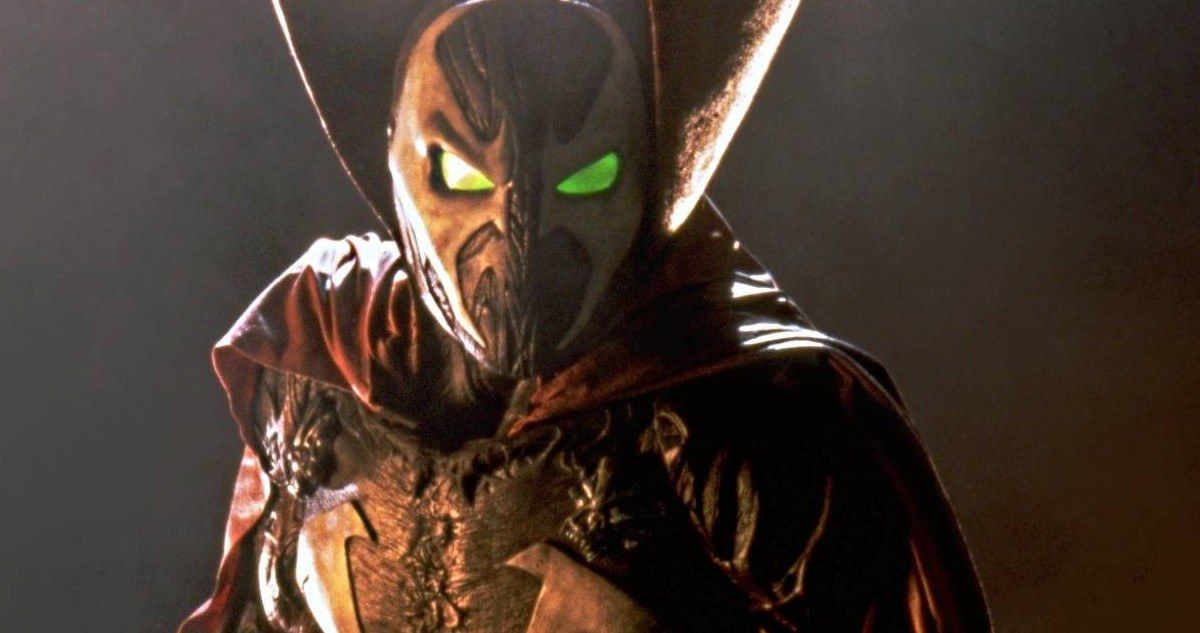 Fans of Spawn will want to watch the web on Tuesday for major news coming along for the long-awaited reboot movie that’s been in the works for years. On Monday, Spawn creator Todd McFarlane took to Twitter to announce, “Huge SPAWN MOVIE news breaking tomorrow!!!” To further tease this announcement, he included an image of letters that seem to have been drawn out that state, “SPAWN MOVIE UPDATE… tomorrow!!!”

We can speculate as to what this major announcement will be. at San Diego Comic-Con this year, McFarlane provided another update on the project by teasing that the reboot may be retooled. For years, the plan had been to develop an R-rated Spawn movie to be released in theaters, but it cannot seem to make its way out of development hell. Per ComicBook.com, McFarlane suggested that he might be switching gears by going with Spawn as a streaming release, but the problem with that is that a theatrical release would be more ideal if the goal is to spawn spinoffs and/or sequels.

“The answer is you should probably think about it,” McFarlane said of how to release Spawn. “What if one of the big networks come out and draw up a ton of cash and say they want to make it a streaming movie? My only hesitation for that kind of deal right now is that there’s no data that I can think of that somebody’s been able to build a [movie] franchise starting as a streaming [series]. [Franchises] start in the theaters, then you can do side movies, then you can go to a series spun off from it.”

Related: These Are Some of the Grossest Comedy Movies of the ’90s

Who Will Be Playing the New Spawn?

For years, actor Jamie Foxx has been on board to play the superhero in a reboot, sticking around even as the film struggles to get its development moving. Back in August, while speaking with ComicBook.com, Foxx provided another update on the project, suggesting he’s still eager to get his chance to play that character. It seems most likely Foxx will get the role if the film ends up happening soon.

“I’ve seen a lot of concepts,” Foxx said of the costume. “Because Todd, what he does it, every single day he’s doodling and he’s fixing and he’s doing some things that, to me, I think is gonna be like way out when you see it. And how he crafts that cape and how that cape becomes almost like – I’ll say this – as big as the screen that you’re watching.””

Foxx also teased what’s in store for this reboot, comparing it to something along the lines of Joker.

“It’s sort of like how when they did the Joker. The Joker, yes, is here, but the story about this man who was in fire, it’s the same with what we’re doing with this,” Foxx said. “And so, we’re just like, just getting this right, cooking it right, but staying in contact, keeping the energy going and when we lay it on you, there’s gonna be some moments where you go ‘oh man.’ You’ve been watching everybody shoot their shot and now we’re getting ready to shoot ours.”