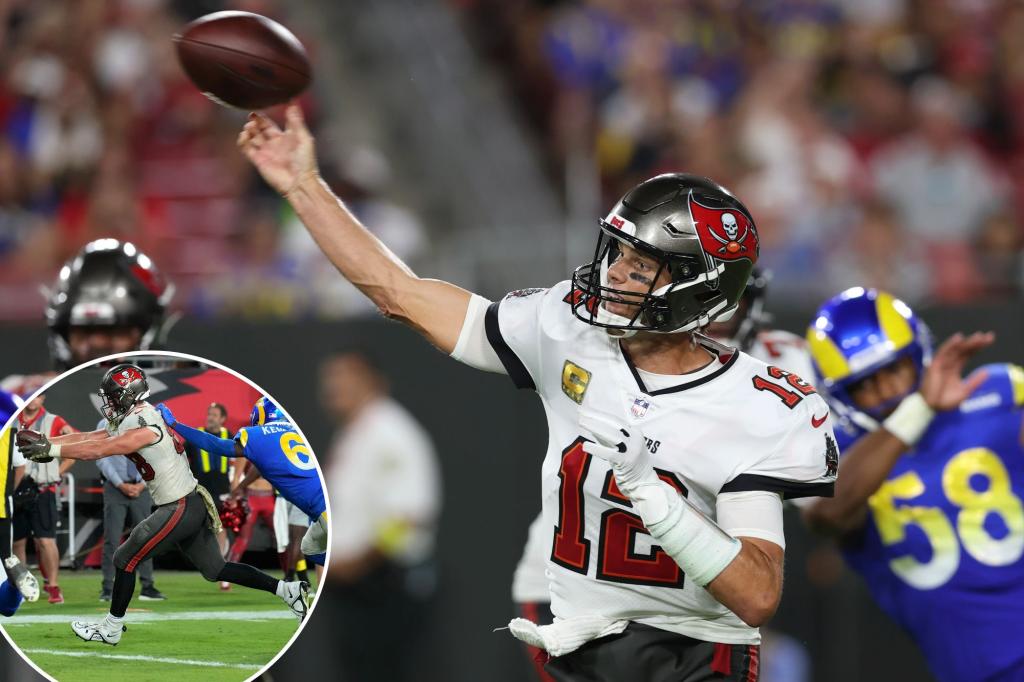 Tom Brady is back to being Tom Brady — at least in crunch time.

In his first game since his divorce with ex-wife Gisele Bundchen, Brady led an improbable game-winning drive to spark the Buccaneers’ 16-13 home win over the Rams on Sunday.

Beginning from their own 40-yard line while trailing 13-9, the Buccaneers had no timeouts with 44 seconds to go 60 yards, needing to score a touchdown to win the game.

Brady completed five straight passes, helped along by a pass interference call that brought the Bucs to the 1-yard-line. Brady tossed a 1-yard touchdown pass to tight end Cade Otton to put the Bucs up 16-13 with just seconds remaining.

After failing to convert a fourth-and-goal from the Rams’ 6-yard line down 13-9, the game seemed lost for the Buccaneers. The Rams got the ball back needing just one first down to ice the game while the Tampa Bay needed to force a three-and-out to keep the game alive.

After runs of no gain, five yards, and one yard, the Rams punted the ball back to Brady and the Bucs.

Brady ended the game 36 of 58 with 280 yards and a touchdown. It was Brady’s 14th win in games in which he had more than 50 attempts, by far the most in NFL history, with Derek Carr in second place with four.

The 23-year veteran also eclipsed 100,000 total yards in his illustrious career, sitting at 100,116 yards including playoffs. He became the first quarterback in history to do so.

The comeback vaulted the Bucs to a tie with the Atlanta Falcons for first place in the NFC South. Both teams own 4-5 records through nine games, setting up a race to the finish in the division.