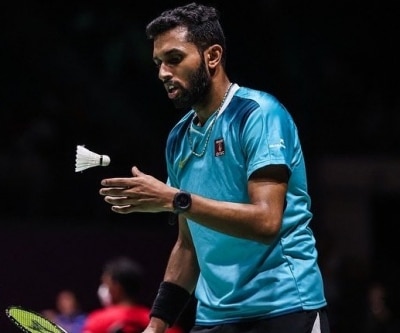 Mumbai, Dec 20 Starting the year at 32 in the Badminton World Federation (BWF) rankings, India’s HS Prannoy rode a consistent performance to end the season ranked 9th in the world.

In the latest BWF World Rankings released on Tuesday, Prannoy climbed two spots to ninth in the world, thanks to his fighting display in the BWF World Tour Finals in which he defeated World No.1, Viktor Axelsen. Though he did not make it to the knockout rounds, he figured in three hard-fought matches.

The rise in the 30-year-old Prannoy’s rankings in 2022 is a testament to his consistent performance throughout the year which included reaching six quarterfinals and two semifinals, as well as the quarterfinal of the 2022 BWF World Championships. This enabled him to seal a maiden entry into the BWF World Tour Finals. He also played a key role in India’s historic maiden triumph in the Thomas Cup.

On Tuesday, Prannoy termed it a “tough journey” to be back in the top 10 after a gap of four years. Prannoy achieved his Highest ranking of World No. 8 in June 2018.

The Thiruvananthapuram-born shuttler thanked his support staff, the Sports Authority of India (SAI), the Sports Ministry and GoSports for their support which made possible his return to the top 10 after a gap of four years.

“It was a good year for me. I started from being 32-33 in World Rankings to being 9th in the World today — it’s been a very tough journey for me to be back in the top 10 after four years. Extremely happy to be back among the top 10 in the World and the support has been incredible in the last four years,” Prannoy said on the sidelines of the GoSports Athletes Conclave at a city hotel on Tuesday.

While analysing his performance in 2022, Prannoy also hoped that 2023 would be even better.

“The support from SAI, the ministry, and GoSports all has been incredible. It has been a consistent year for me and hopefully 2023 will be even better,” he said on Tuesday.

Prannoy will be starting the new season at home in January in the Indian Open in New Delhi.