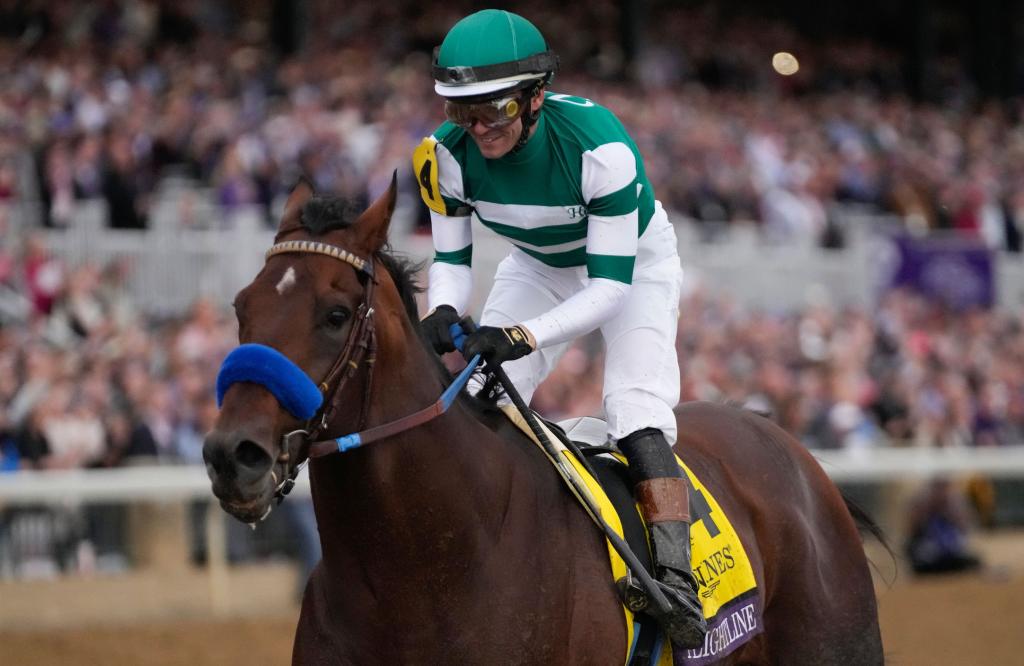 LEXINGTON, Ky. — Unbeaten Flightline posted another dominating run, overtaking Life Is Good entering the top of the stretch and pulling away to an 8¼ -length victory in the $6 million Breeders’ Cup Classic on Saturday at Keeneland, and all but locking up honors as Horse of the Year.

The 4-year-old bay colt entered the Grade 1 race 5-0 lifetime with an average victory margin of nearly 13 lengths, making him the overwhelming 3-5 favorite over the eight-horse field that included Kentucky Derby winner Rich Strike and 5-1 second choice Epicenter. Flightline went off at 2-5 from the No. 4 post and soon established himself as among the pacesetters, running within reach of Todd Pletcher-trained Life Is Good through the far turn but moving up.

John Sadler’s pupil eventually passed Life Is Good at the stretch and soon had a two-length gap that steadily grew from there. Olympiad soon overtook Life Is Good with Bob Baffert-trained Taiba gaining, though both were far behind the horse who has earned lofty comparisons to legendary Triple Crown champion Secretariat.

While Pletcher came up short in the Classic, filly Malathaat provided day’s most exciting finish by winning the $2 million Distaff by nose over Stripe and Clairiere and in a three-wide photo finish.

The 2021 3-year-old champion filly and 3-1 choice surged from the middle between the final turns and was on the outside among five horses in the stretch before she broke free with Clairiere to her left and Blue Stripe on the rail over the final 100 yards. Malathaat eventually caught Clairere and nosed past Blue Stripe at the wire, which replay confirmed.