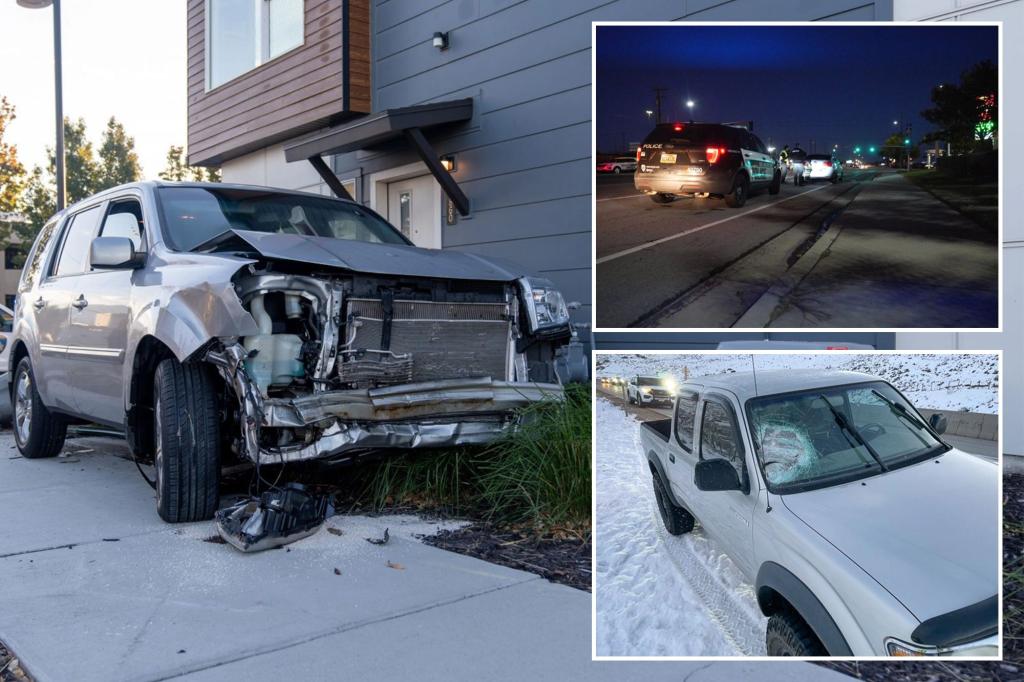 A 20-year-old man in Salt Lake City went on a carjacking spree and crashed into multiple vehicles on Friday after getting upset over a canceled flight to Denver, Colorado, authorities said.

John Joseph Thomas Green became upset with an employee at a ticket counter at Salt Lake City International Airport after being told he could not buy a same-day ticket to Denver and later caused a disruption at the airport over a flight cancelation, the Salt Lake City Police Department said.

When police responded around 5 a.m., officers learned Green allegedly forced a driver out of an SUV and sped away from the airport.

Green crashed the SUV into a silver car before making a U-turn and smashing into a white BMW SUV, according to authorities.

Green exited the SUV and allegedly tried multiple times to force the female driver out of the BMW, but police said she fought back and that her seatbelt stopped Green from pulling her out.

After the unsuccessful carjacking, Green jumped back into the SUV he allegedly stole from the airport and drove toward South Salt Lake. Police said he struck another car and nearly hit a building.

Following the crash, police said Green again ditched the SUV, carjacked a Dodge Durango and crashed into five vehicles on I-80. Investigators were working to determine whether Green used a firearm during this carjacking.

When deputies caught up with Green, authorities said they heard him throwing rocks at vehicles along I-80 to get one to stop and spotted him actively try to carjack a fourth vehicle – a Toyota Tacoma.

The driver of the Toyota had taken the keys out of the ignition, preventing Green from stealing the car and allowing deputies to pull him out and take the suspect into custody.

No one was injured in the multiple carjackings, attempted carjackings and crashes, police said.

Green was taken to a hospital for observation and will be booked into the Summit County Jail on multiple felony charges.