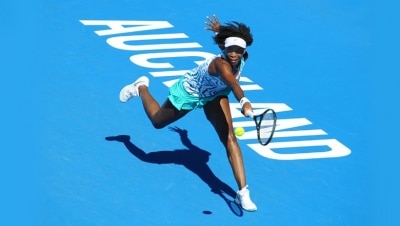 Auckland, Dec 21 Seven-time Grand Slam winner and former No.1 Venus Williams will be a wildcard entry into the ASB Classic, starting here, next month.

The 42-year-old, who retired from regular tournament play in 2021, has a wildcard to compete in the Australian Open, and accordingly sought a spot in the ASB Classic as a lead-in to the grand slam event.

Williams has played in the tournament on five occasions, with one of her 49 career victories coming in Auckland in 2015 over Caroline Wozniacki.

“We are absolutely thrilled to have one of the greatest players returning to the ASB Classic,” said Tournament Director, Nicolas Lamperin.

Williams said she had no hesitation to ask for a spot in the Auckland event.

“I’m looking forward to playing my first tournament of the season in Auckland. The tournament and fans always make me feel welcome and I’m excited to compete there in January,” she said.

A longtime favorite in Auckland, Williams returns to the tournament for the first time since 2019. She won the title in 2015, beating Caroline Wozniacki in the final, and was also runner-up to Ana Ivanovic in 2014. She reached the quarterfinals in her last appearance, falling to eventual finalist Bianca Andreescu.

The ASB Classic women’s competition begins on January 2, with qualifiers on December 30 and 31.