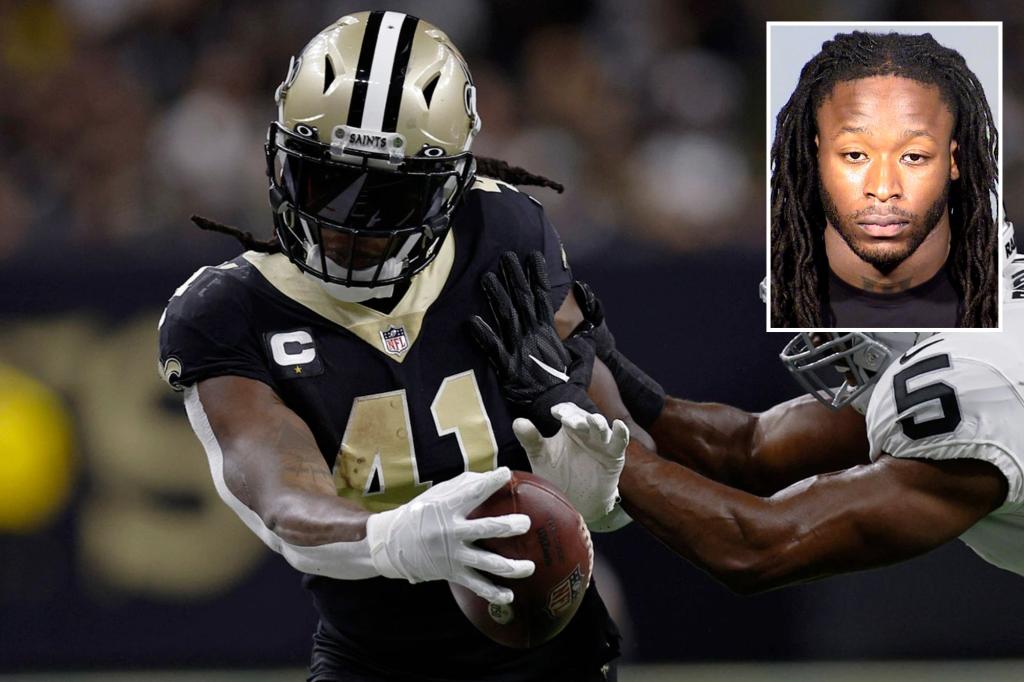 First came the arrest of Alvin Kamara. Then the civil lawsuit against him. Now the video evidence.

Kamara, the New Orleans Saints’ star running back, is seen throwing multiple punches at a man who is suing him for $10 million as fallout from a fight at a Las Vegas hotel earlier this year, as shown on video released by TMZ Sports. The punches knocked Darnell Greene to the ground and others who were with Kamara continued to kick and stomp him, the video shows.

Greene alleged he was knocked unconscious after trying to get on an elevator – and being prevented from doing so – at The Cromwell Hotel and Casino with Kamara and his friends on Feb. 5. TMZ cited anonymous sources connected with Kamara claiming that Green became violent first, though that is not seen on the short surveillance footage.

Kamara, who was in town to play in the 2022 Pro Bowl, faces a felony charge of battery resulting in substantial bodily harm and a misdemeanor count of conspiracy to commit battery. The next hearing in the case is scheduled for Wednesday, according to reports.

Greene’s lawsuit for $5 million in actual damages and $5 million in exemplary damages claims that he suffered injuries to his neck, back, head, shoulder, knees and face, including “a disfiguring facial fracture to” his right orbital bone.

Kamara has not been disciplined by the team or the league, which typically allows the legal process to play out before issuing penalties under its Personal Conduct Policy. He could have been placed on the Commissioner’s Exempt List if the NFL wanted to prevent him from playing while the investigation continues.

The 27-year-old running back ranks No. 17 in the NFL with 700 yards from scrimmage in six games this season. He has scored four touchdowns for the Saints (3-5).