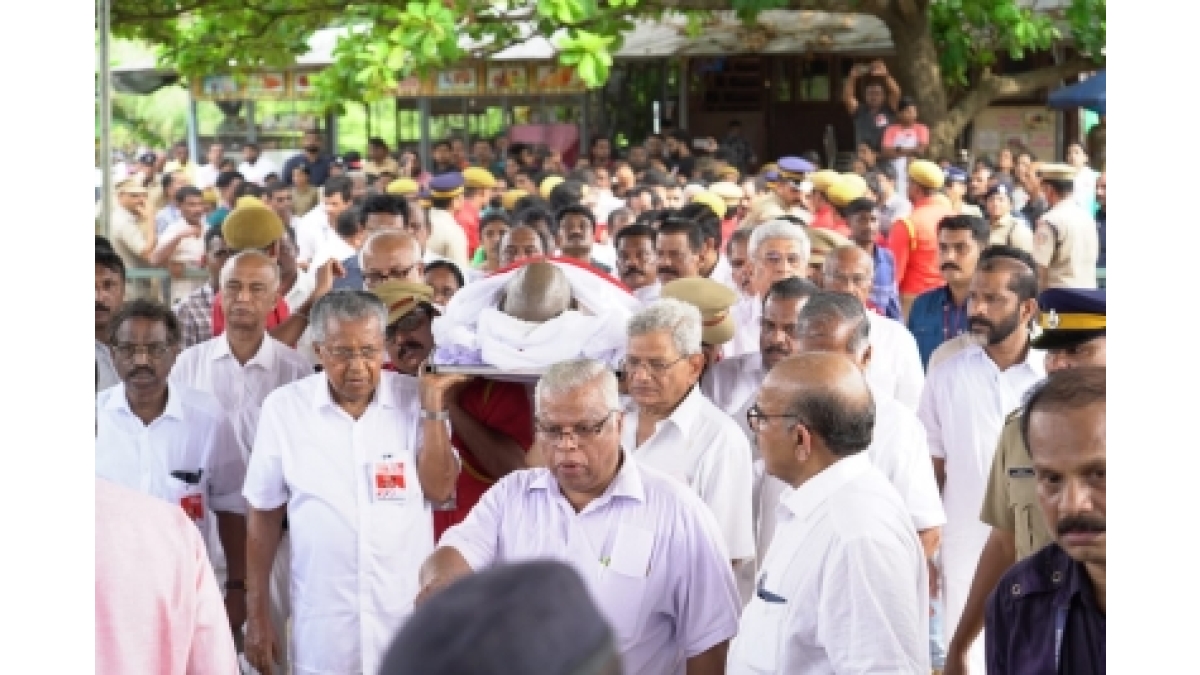 Vijayan, Yechury, Karat, others break down at Balakrishnan condolence meet

Balakrishnan, 68, passed away at a private hospital in Chennai on Saturday, his body was brought to his home town at Kannur on Sunday and his two sons lit the pyre on Monday.

The sight of the body being carried by Vijayan and Yechury touched the hearts of many.

Balakrishnan’s final resting place will be next to the legendary Communist E.K.Nayanar at the Payyamabelem beach at Kannur.

Soon after the last rites, top leaders, cutting across parties, assembled for a condolence meeting and in it the first to break down was Vijayan, who had earlier hinted that perhaps he might not be able to complete the speech.

After a few minutes of recalling his times with the late leader, his voice started to crack as he said it is a big loss and all of them will stand together to overcome this and soon he could continue, saying what he said earlier as he walked away, with tears running down his cheeks.

Yechury managed to complete his speech but seemed on the verge of breaking down himself.

Karat, who began by saying he is not good in making condolence speeches, also found it difficult to maintain his composure and soon ended his speech.

CPI Rajya Sabha member Binoy Viswan began in a composed manner but too could not hide his grief and broke down.

Thousands who came to say a final goodbye also were seen crying.

Balakrishnan was known for his smiling visage and this was referred to by practically all who spoke including Yechury.