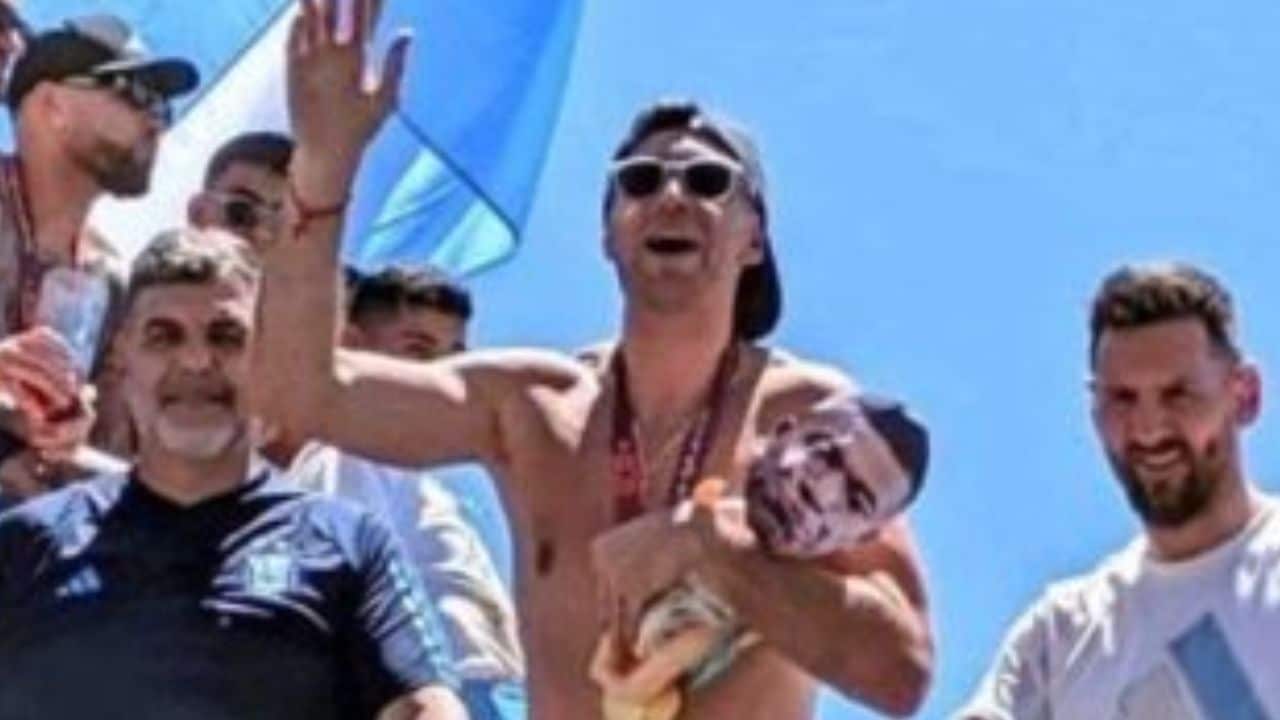 Emiliano “Dibu” Martinez, the goalkeeper for Argentina’s national team, seems to have rekindled his beef with French footballer Kylian Mbappe on Tuesday when he was spotted standing next to Lionel Messi and holding a baby doll with a cutout of Mbappe’s face on it.

Did Martinez forget what mbappe did to him? pic.twitter.com/CUXsf3qPjF

The doll baby, which featured a cut-out, black-and-white image of Mbappe’s unhappy face on it, was hugged to Martinez’s chest while he was shirtless and smiling. Emi was standing next to Messi with that doll, but Messi didn’t seem to notice it. However, this might make things more difficult for Messi and Mbappe when they rejoin Paris Saint-Germain in the French capital the following month.

What could possibly be the reason for holding the doll?

Following Argentina’s victory over France in the FIFA World Cup 2022 championship game, Martinez had already mocked Mbappe. Martinez reportedly observed a “minute of silence” for Mbappe in the Argentine team’s locker room after the match.

It’s possible that this was in retaliation for what the Frenchman stated back in May. Speaking about the differences between European and South American football, Mbappe claimed that because European teams are habituated to competing in high-profile matches, they are frequently the tournament favourites. However, he continued, “the game is not as developed” on the continent, which is why the “most recent World Cup winners have been Europeans,” citing teams like Argentina and Brazil as an example.

Martinez and Mbappe, however, do not have a history of animosity because the two embraced after the game when Martinez rushed to comfort Mbappe, who had collapsed on the ground in defeat soon after the final whistle.

In Lusail, Qatar, on Sunday, Argentina won 4-2 on penalties to win their third FIFA World Cup crown (December 18). While Kylian Mbappe produced a stunning hat-trick in the last minutes to send the game into a dramatic penalty shootout, Lionel Messi scored twice and Angel Di Maria scored once during regulation time.

However, it was Martinez’s, 30, heroics that led Argentina to its third world cup. In the shootout, the goalie stopped Kingsley Coman. Later on, he was spotted throwing the ball away prior to Aurelien Tchouameni’s penalty kick in an effort to disrupt the midfielder’s focus. In the end, his theatrics were successful because the Real Madrid star’s shot was wide, which led Argentina to win 4-2.