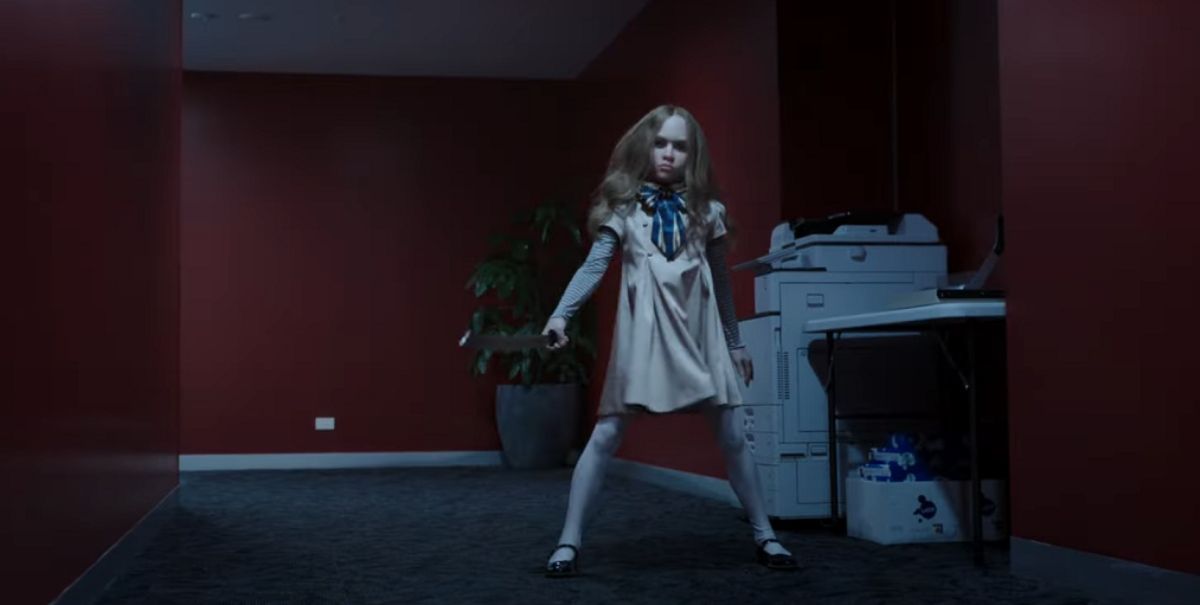 Watch the Chilling Trailer for M3GAN

The trailer for M3GAN, the new horror movie from screenwriter Akela Cooper, has finally arrived. Roboticist Gemma (Allison Williams) has recently become the caretaker to her 8-year-old niece Cady (Violet McGraw), whose parents have seemingly died in a car crash based on the trailer. Gemma is determined to do everything she can to make her niece feel at home.

Trouble arrived on two fronts. Gemma feels totally unprepared for parenthood. In the trailer, she’s seen saying that she doesn’t even take care of her own plants. She’s also been feeling pressure at work, designing this life-like doll named M3GAN, intended to be both a child’s greatest companion and a parent’s greatest ally.

M3GAN can listen, watch, and learn as she becomes the friend, teacher, playmate, and protector of the child she’s bonded to. She’s intended to be the perfect toy that would protect a child from ever feeling lonely or sad. Perhaps needless to say, any and all homicidal rampages were not part of the design parameters.

One day, Gemma decides to resolve both problems, by pairing her current prototype with Cady. At first, things seem good. They play, dance, high-five, and “build emotional connections that are too hard to untangle.” At one point, Gemma even says that M3GAN is part of the family now.

What Could Possibly Go Wrong?

Things take a turn when Gemma tries to get Cady her eat her vegetable pizza toppings, and M3GAN says that research shows forcing a child to eat healthier makes it less likely to choose those foods as an adult. Gemma responds by turning the android off, which M3GAN doesn’t seem to appreciate. She’s later shown telling Gemma, “I thought we were having a conversation,” in a noticeably angry voice.

Then we see the toy taking her goal of protecting Katie from physical and emotional harm a little too seriously. “I won’t let anything harm you,” she says after seemingly pushing a bully in front of a moving car. M3GAN is also shown going after people in this unnatural manner that’s sure to remind horror fans of Gabriel (Ray Chase, Marina Mazepa) from Malignant, the James Wan horror movie Cooper also wrote.

Wan will also serve as a producer on the film alongside Jason Blum. In addition to having come up with the story alongside Cooper. The executive producers on M3GAN are Allison Williams, Mark Katchur, Ryan Turek, Michael Clear, Judson Scott, Adam Hendricks, and Greg Gilreath. Blumhouse will present the Atomic Monster production alongside Universal Pictures and in association with Divide/Conquer.

M3GAN will be released on January 13, 2023, only in theatres. The supporting cast includes Ronny Chieng (Crazy Rich Asians, Shang-Chi and the Legend of the Ten Rings), Brian Jordan Alvarez (Will & Grace), Jen Van Epps (Cowboy Bebop), Lori Dungey (The Lord of the Rings: The Fellowship of the Ring, extended edition) and Stephane Garneau-Monten (Straight Forward).