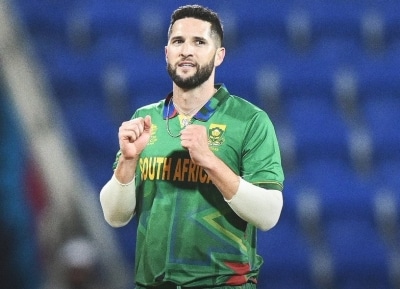 Pretoria, Dec 20 Experienced South African all-rounder Wayne Parnell was on Tuesday announced as captain of Pretoria Capitals for the inaugural edition of the six-team SA20 league to be held in January 2023.

Speaking on the development, Parnell said, “It’s a massive privilege to be able to lead the Pretoria Capitals franchise. The team management has trusted me to lead this team, and that’s pretty special. I am looking forward to getting stuck in with the boys, and want to play a brand of cricket that is bold and fearless. I am incredibly excited about this opportunity, and looking forward to huddling up with the boys soon.”

“Not only is he familiar with most of the players on our squad, having played with or against them quite extensively, but he’s also someone with a very dynamic outlook and personality, which I am confident will reflect in his leadership as well. I wish Wayne all the very best on this exciting new journey, and I can’t wait to see him, and the rest of the boys very soon,” Ford was quoted as saying in a release on Tuesday.

The 33-year-old is well versed with franchise cricket and T20s, having played 53 matches for South Africa, apart from over 200 more matches (domestic and franchise) in the format, during which he has amassed over 300 wickets, and notched up six half-centuries as well.

Parnell’s first brush with captaincy was at the 2008 ICC U-19 World Cup, where South Africa finished runners-up. He also recently led the Western Province side in the 2021-22 CSA T20 Challenge, where the team finished in the last four.