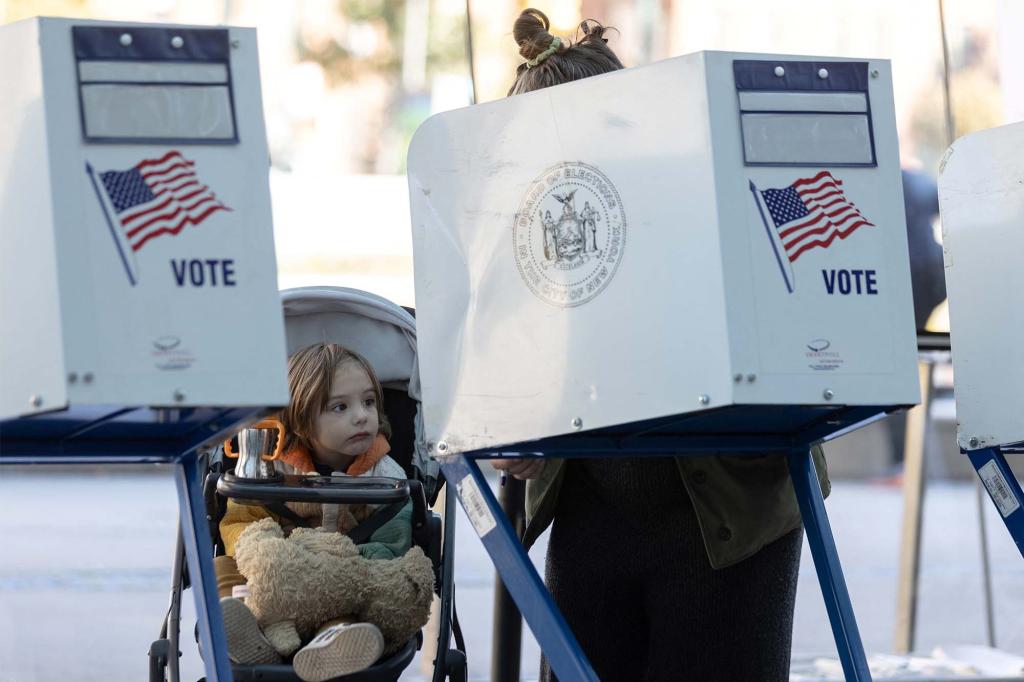 Amidst the range of polls showing Republicans surging across the board before Tuesday’s midterm election, one result in particular jumps out: The latest Wall Street Journal survey found that suburban women — a key swing voting bloc in the last three national elections — had swung a net 27 points toward Republicans since August.

A shift this massive deserves a closer look, since it seems beyond any normal margin of error or a fluke.

The best The Wall Street Journal and other pollsters can do is guess that suburban women are “prioritizing” inflation and crime above abortion. But this explanation seems less persuasive the longer you think about it, since inflation, crime and the left’s manufactured outrage over the Supreme Court’s Dobbs decision were just as evident in August as they are now.

One hypothesis entirely untested in polling for this cycle is the combination of the growing backlash against the COVID school shutdowns and learning loss that became more apparent as kids returned to in-person class this fall, along with a justified backlash to the content of K-12 curriculum including critical race theory and transgender propaganda.

In other words, suburban women have awakened to wokeism.

You might have thought pollsters would be curious about this issue, given the role these education controversies played in GOP Gov. Glenn Youngkin’s victory in Virginia last year and other big political stories. Florida GOP Gov. Ron DeSantis signed a supposedly anti-gay bill restricting sex education before the third grade — which commanded support from a majority of Florida Democrats when pollsters finally asked.

And especially notable: Progressive San Francisco voters recalled three woke school-board members in a landslide back in February. That ought to have been a woke wake-up call for pollsters and Democrats alike.

One reason the pollsters are overlooking this topic is that education is typically regarded as a state and local issue, and most pollsters focus exclusively on national issues, especially inflation and the economy, as they are most interested in the “generic ballot” question of which party has the general edge.

But some gubernatorial candidates are making the cultural education issues central to their campaigns, including Republicans Tudor Dixon in Michigan and Paul LePage in Maine.

In her debate with incumbent Democrat Gov. Gretchen Whitmer in Michigan, Dixon told a story of how “a gentleman come up to me just a few nights ago and he said, ‘I found content in my school library describing how to have sex to my son.’ He said, ‘Just a few weeks ago, not only was I a Democrat, but I was running for office as a Democrat.’ He said because Democrats won’t stand up for our children and go back to the basics, ‘I’m leaving the Democratic Party.’”

The late-night TV Democratic comedian Stephen Colbert mocked Dixon for bringing up the issue and insinuated the person Dixon invoked was made up. But then the fellow stepped forward: Khalil Othman, a former Dearborn City Council candidate. (Not coincidentally, Muslims in Dearborn have been protesting against perverse sex-ed literature at recent school-board meetings there.)

In Maine, former GOP Gov. LePage is challenging incumbent Democrat Gov. Janet Mills over this matter, calling out state government for tolerating “Gender Queer,” “This Book Is Gay” and other sexually explicit volumes in public-school libraries. Gov. Mills, like Gov. Whitmer in Michigan, is attempting to dodge the issue by saying curriculum decisions and library-book selection should be left at the local level, but Maine’s state education website recommends that schools adopt “Gender Queer.”

Voters — especially suburban women — understand which party backed school shutdowns long after they were necessary (if they were ever necessary at all) and which party capitulates to the woke progressives pushing radical cultural messages in the union-dominated public schools.

“Soccer moms” were once a favorite category for political analysts. Maybe this year’s election will in part be known as the “desperate housewives” election when it comes to education.

Steven F. Hayward is a resident scholar at the Institute of Governmental Studies at UC Berkeley and author of a new biography, “M. Stanton Evans: Conservative Wit, Apostle of Freedom.”