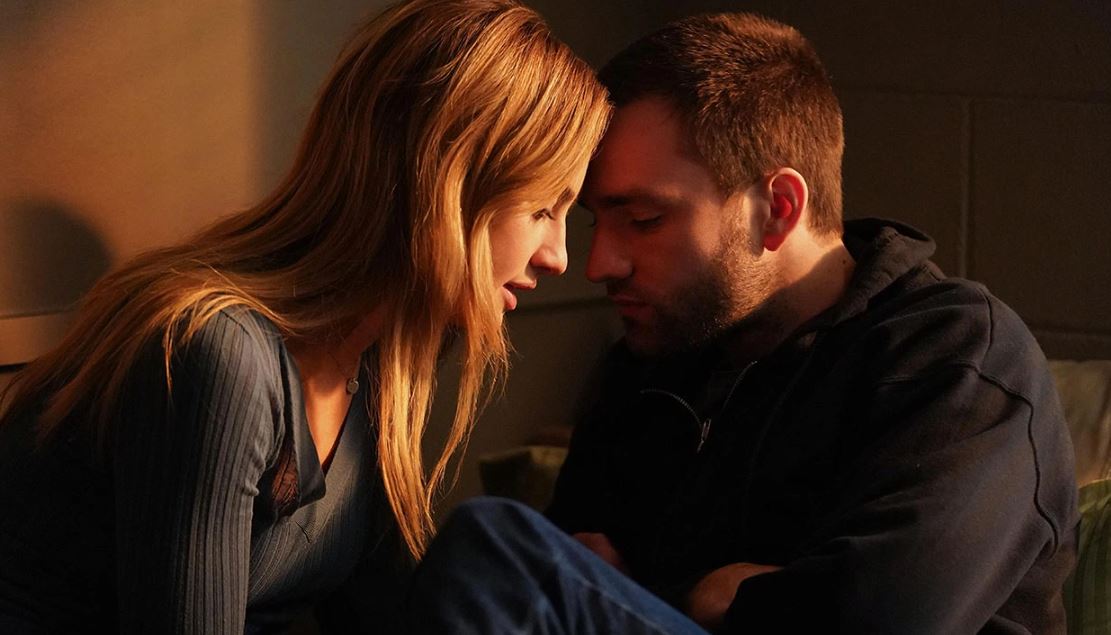 When will the fifth episode of Tell Me Lies air? What Will Follow In Lucy And Stephen’s Bad Relationship?

The fifth episode of Tell Me Lies is coming up soon, and viewers can hardly wait to see how Lucy and Stephen’s relationship develops throughout the course of the series. The series was developed by Meaghan Oppenheimer and is based on Carola Lovering’s book of the same name, which was published in 2018. In it, Grace Van Patten plays the role of Lucy Albright, Jackson White plays the role of Stephen DeMarco, Catherine Missal plays Bree, Spencer House plays Wrigley, Sonia Mena plays Pippa, Branden Cook plays Evan, Benjamin Wadsworth plays Drew, and Alicia Crowder plays Diana.

Tell Me Lies has released its first four episodes, each of which has a runtime of between 45 and 55 minutes, and the show has quickly established itself as a fan favorite among viewers. The first few episodes are filled with the melancholy of death, the desperation for love and lust, and the ongoing struggle with emotions. This is after we have introduced our main protagonists Lucy and Stephen and how they met in college and hit it off.

What Can We Expect From the Fifth Episode of Tell Me Lies?

In the fourth episode of Tell Me Lies, we witness how upset Lucy is over Stephen having sex with other people, as she is the one who frequently finds him with a condom packet in his possession. At the conclusion of the show, she does not ask Stephen any questions regarding it. However, there is a good chance that in the next episode, this specific issue will cause tension between the two of them, particularly if she learns that Stephen is still seeing Diana. This is especially true if she discovers that Stephen is still seeing Diana.

In the meantime, Tell Me Lies Episode 5 may bring a significant change to the dynamic of Bree’s relationship with Evan. The inevitable end of Pippa and Wringley’s oppressive relationship must now come about as a result of this development.

When will the fifth episode of Tell Me Lies be available to watch online?

The fifth episode of Tell Me Lies is going to be called “Merry F*cking Christmas,” and it is going to premiere on Hulu, Disney+ Hotstar, and other streaming services on September 21, 2022. Chisa Hutchinson is the one responsible for writing this episode, and the show’s runtime will be between 45 and 55 minutes, just like all of the other episodes have been.

Trailer for “Tell Me Lies”

You may catch up on Tell Me Lies by watching all of the episodes that are currently available on Hulu, Disney+, or Hotstar.

How do you feel about the recent movie version of this popular book? Share your thoughts with us in the comments section below!

About Tell Me Lies Serial

Beautiful people hiding dreadful things about themselves. Temptation and sex amidst lovely surroundings. A troubling glimpse into the future that leaves more questions than it does answers. A novel that was very successful in terms of sales. Produced by that actor that you enjoy seeing perform. It’s true that the new drama on Hulu, Tell Me Lies, has all the markings of the mega-hit HBO drama Big Little Lies, which, I’m sorry to say, should have been a movie. Big Little Lies and Tell Me Lies both have similar titles.

However, TML is not responsible for that issue. While BLL had one central mystery that it pieced together, excruciatingly slowly, over the course of several repetitive episodes, only to reveal the most obvious culprits for the various crimes (including who bit Amabella—remember that? ), a sin that also made Notes on a Scandal and The Undoing the bores that they were, TML has a few intriguing balls in the air and is keeping them there. There’s the aloof college freshman Lucy, played by Grace Van Patten, whose father is dead and whose mother is guilty of some terrible sin; the boy she’s drawn to, Stephen DeMarco, played by Jackson White, who is secretly hooking up with his ex; Stephen’s best friend Wrigley, played by Spencer House, a football star with a knee injury he’s ignoring and a learning disability he’s hiding; and Wrigley’s brother Drew, played Drew was responsible for the accident that resulted in the death of Macy (Lily McInerny), who was Lucy’s roommate. As the story progresses, we learn that Stephen also had a history with Macy in some capacity. Does it not sound succulent? It really ought to be. It is. Kinda.

The characters first come into contact with one another in 2007, when the majority of the events of the show take place, when they are all enrolled at the same college. The pilot episode takes place at a wedding eight years later. However, given the pace at which the drama moves through time (about one week per episode), we won’t get to the wedding until all of these performers are far older than is appropriate for their roles. The revelation of the secrets takes an excruciatingly long time, setting up payoffs that don’t occur for years. And yes, there is a lot of sex, and a lot of it is quite hot, and the show doesn’t follow the cliched path of having the needle drop, and then cutting to the next morning… On the other hand, the characters spend a significant amount of time dressed, which doesn’t seem to reflect real life. To borrow Degrassi’s catchphrase, the show is “trying to go there without actually going there,” and I suspect that this is because the young cast didn’t want to be completely exposed again and again. This is a choice that I fully respect, but herein lies the problem with the show: It’s trying to go there without actually going there.

The characters in this piece feature speech that is more genuine, as opposed to using snappy TV-speak like the young women on The Sex Lives of College Girls.

However, as a result of the extensive quantity of exposition that needs to be conveyed, it is also somewhat monotonous and artificial in places. People are always walking into each other’s rooms and saying things along the lines of “I can’t believe you hooked up with him! What do you have in mind for your outfit to wear to the party later tonight? I’ve heard that your former partner is going to be there. (Paraphrasing, but barely.) The plot, on the other hand, is both excessively dramatic and not quite dramatic enough at the same time. They never do anything but sit about and gossip, despite the fact that virtually everyone harbors some kind of embarrassing secret. You can either be Normal People or Gossip Girl, but you can’t be both at the same time.

Also, I feel the need to point out that I’m not all that much younger than these characters are supposed to be, and I have to wonder if, around the year 2007, it would have been such a huge issue for someone to claim to being dyslexic in order to have additional testing time. Wrigley’s learning problem is taken as seriously as if he had been diagnosed with cancer; his pals immediately make fun of him for being “dumb.” It is unclear to me what he stands to lose by asserting that he requires additional time. A minor point of contention, but the episodes I’ve watched give this story thread an oddly large amount of screen time overall. It’s just another example of how the show tells us one thing yet shows us another thing.

In spite of this, I found the show to be mainly engaging, despite the relatively monotonous nature of the episode lengths. Considering how wonderfully attractive these young people are, it’s difficult to maintain self-control while watching them put on cute outfits and flirt with one another. It doesn’t really matter to me who is going to wind up with who at the wedding, but I am really interested in learning more about how Macy passed away.
White, in particular, portrays the role of toxic boyfriend Stephen with a self-assuredness that is rare for teen shows, and it is worth hanging around for him to appear in moments with his onscreen and real-life mom, Katey Sagal. Stephen is portrayed as a sociopath in the show. The one and only time that I thought the show went too far into “don’t do this” territory was when (more spoilers ahead), one of the young female characters is sexually violated in a way that, while realistic to what happens on college campuses, is painful to see play out in its entirety. This was the only time that I felt the show crossed the line into “don’t do this” territory. It’s possible that it’s too realistic, and as a result, the series becomes weighty instead of thrilling, difficult to watch instead of engrossing. Others may have a different opinion; it’s not the worst portrayal of the issue, and some people may be able to relate to it in a cathartic way; nevertheless, I’m personally looking to television for captivating tales that also have a bit of escapism in them.

I really hope the show gets picked up for a second season. There are a great number of shows that, by the second season, have really found their identity and direction (The Leftovers, The Americans, Parks and Rec, I could go on). If you give the episodes just a touch more banter and bring them down to the regular length of 42 minutes, you’ll have the next big juicy drama. Big Little Lies was planned to be a one-off event, but it became so successful that it was renewed for a second season, which was a terrible decision. Tell Me Lies has a tremendously greater potential than any of the other options. Even when it’s dull, it’s still entertaining enough to keep the ball running. Huh, just like sex.