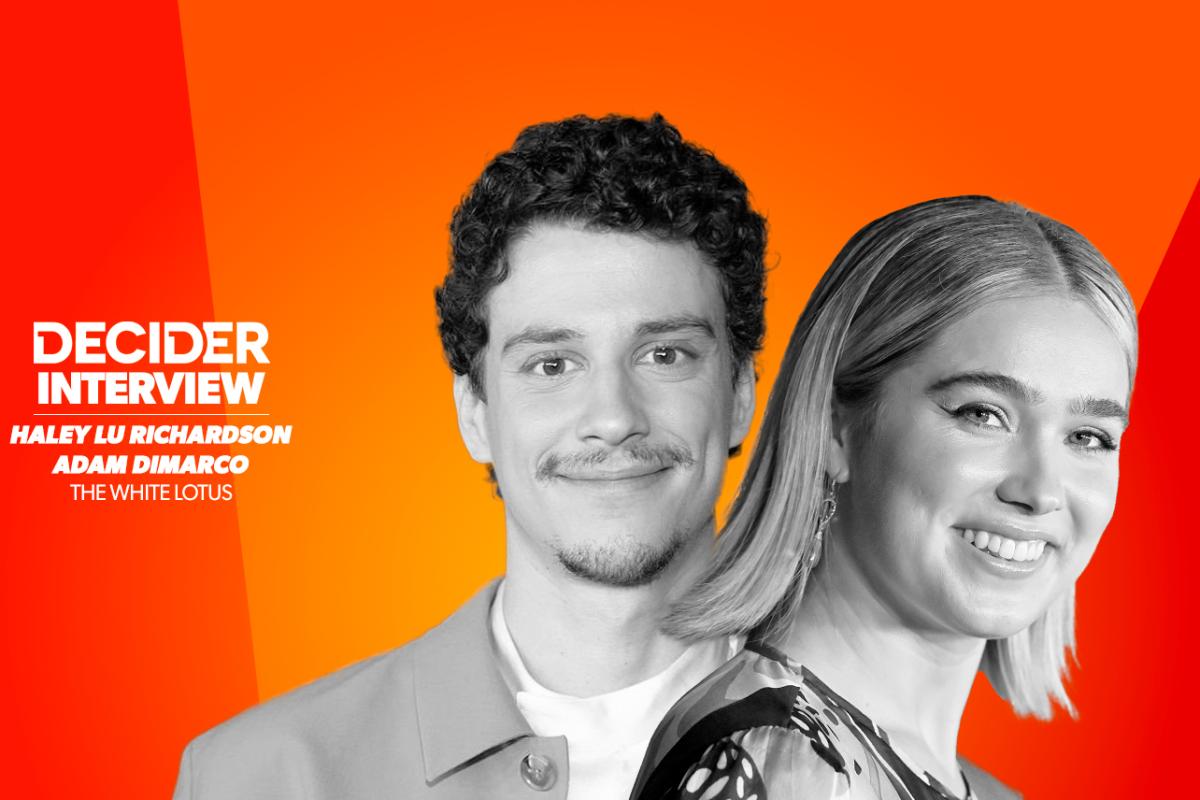 The White Lotus Season 2 Episode 2 “Italian Dream” might end with Tanya (Jennifer Coolidge) overhearing her husband Greg (Jon Gries) on a secret phone call, casting suspicion onto their marriage, but her assistant Portia’s (Haley Lu Richardson) love life is going much better. Or is it? Since Tanya told Portia to vamoose from her sight after Greg complained about the girl’s presence, she’s started hanging out with the Di Grasso family. And it seems Albie Di Grasso (Adam DiMarco) is clearly smitten with Portia.

The two sweet twentysomethings have a nice Italian dinner together and share an incredibly awkward kiss goodnight. Albie is so afraid of being like his adulterous father (Michael Imperioli) that he politely asks Portia’s permission to kiss her…while she’s venting about what she’s learned about Tanya’s traumatic past. Albie might be a chivalrous young man, but he still has a lot to learn about romance.

While it remains unclear if Portia and Albie’s budding romance will last, White Lotus stars Haley Lu Richardson and Adam DiMarco clearly have chemistry. The actors giggled and bantered like besties when Decider spoke with them about this new season of the HBO hit. Decider got the details on just how hard it is for Richardson to pretend she loathes working for Jennifer Coolidge’s Tanya and how that first kiss was harder to nail than you’d think…

DECIDER: First of all Haley Lu, I want to say Portia does not like being Tanya’s assistant. But, I’m curious about how you felt about working with Jennifer Coolidge so closely, and if you have a favorite memory of working with her on the show?

HALEY LU RICHARDSON: Well yeah, I mean, obviously it was hard for me because I was so excited to work with her, and I’m also playing this character that’s so not excited to work. So, it was really hard. Actually the very first day, the very first scene I filmed with her, I’m pretty sure was the [Episode 3] scene with the fortune teller lady. In that scene, you know, Portia’s having a rough day, rough time by that point. Actually, I think right from the get-go she’s having a rough time. I just remember telling myself like, “Really all I have to do today acting-wise is have all these reactions of being miserable and being annoyed, and being drained by this woman.” But it was my first time working with Jennifer and watching her just like play and do these absurd things. It was really hard for me to not laugh. Like, it was really hard for me. I actually noticed in that scene, watching it, that like, every time they cut back to me, I have, like, a totally different expression on my face. Oftentimes I was like this [makes tense face] and I feel like I was doing that because I was trying not to smile.

ADAM DIMARCO: I just watched that scene, it was great.

Adam, Albie is kind of painfully adorable and cute throughout the series. The scene where he wants to kiss Portia is so gentlemanly and chivalrous, but at some point it feels like that quality he has might be hurting him more than it’s helping him. How did you sort of balance that, and where do you think it’s coming from?

DIMARCO: That was, I think, our first day working together which is pretty funny.

RICHARDSON: That was! That was our first day.

DIMARCO: Yeah, I mean Haley was laughing at me. Every time.

RICHARDSON: It was hard. Every time he leaned in. [makes a smoochy face] It was so hard to not laugh.

DIMARCO: Yeah, he is pretty adorable in that way, sweet and innocent in that way. But also, I mean, in that scene your character’s talking about something pretty serious, right? With her boss, and like, I’m trying to remember exactly.

RICHARDSON: Yeah, I was saying how [Tanya] might’ve been raped.

DIMARCO: You said that?

RICHARDSON: By her dad.

DIMARCO: Yeah, see? And then, Albie’s just thinking about the kiss which is like, innocent, but you should also be more…You should be more emotional.

DIMARCO: Yeah, yeah. It’s definitely fun to play with those like, levels of his…you know, because he is a nice guy and he definitely is a feminist. But, he’s battling with that internal wanting to smooch because kissing is fun.

Haley Lu, your character wears a lot of knitwear and crochet, and I understand that you crochet. I was curious, because I crochet, did you crochet any of the pieces, did you have any input in that, how was it?

RICHARDSON: I love this question! I love crocheting, it’s my favorite thing! Oh yay, I’m so excited. Yes. There is a hat there I wear in one of the episodes, like a little crocheted beige-white bucket hat, that I crocheted. That is the only thing I wear that I made. But, this is something I like to do. Whenever I can throw like an easter egg of something that I’ve made on my character, or make my character a crocheter. Which, I don’t think Portia would have the patience to do honestly.

DIMARCO: Portia bought it from your Etsy page.

RICHARDSON: My Etsy shop! Yeah, Portia shops at Hooked By Haley Lu. But, yeah I’m always kind of partial to like, knit things and crocheted things because, you know, I love it. I’m so glad you do it too, yay crocheters!

DIMARCO: You kind of got me into it a bit more too.

RICHARDSON: I did? Do you crochet?

This interview has been edited and condensed for clarity.