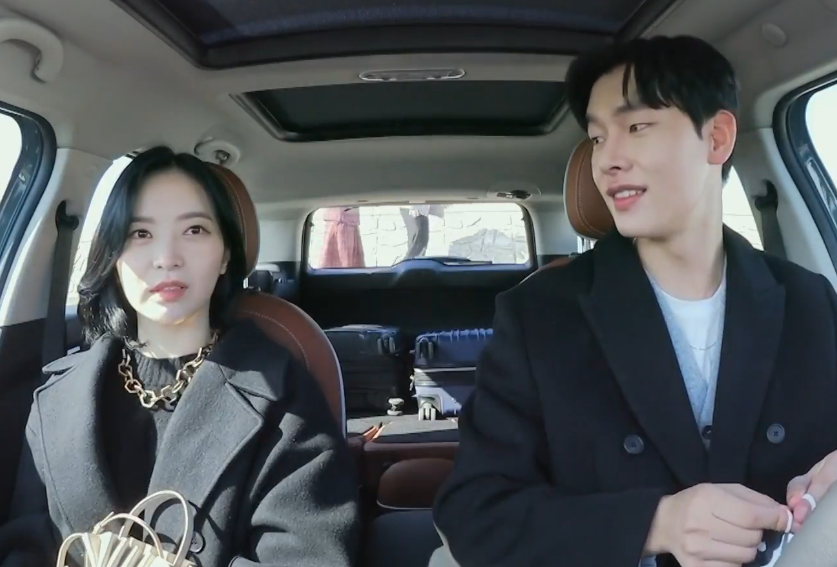 Who Decided to Stay Together and Break Up?

Change Days season 2 ended this week, and the four couples had to decide what to do with their relationships. After going through some ups and downs, dating each other, and getting to know each other better, the original couples went on one last date to air their grievances and help them make a decision. This dramatic episode was the last episode of the show.

By the end, people had a lot of ideas about who would end up with whom. Some decisions didn’t surprise us, but others did. But the choices the couples made and the problems they had were interesting and easy to relate to. So, when they finally put on or didn’t put on their rings, we were all shocked and hoped they would make the best decision for themselves.

We saw growth in all of the couples. Some of them learned more about themselves, which made their relationships stronger. On the other hand, some people realized how they treated their partners and saw them in a new way, which helped them get back together. Some people were not able to do that because they couldn’t agree on how to solve their problems and get back together. Even though it’s sad, it’s probably the best thing to do. It’s better to be happy apart than to be unhappy together.

What Happened to the Season 2 Couples on Change Days?

Even though Jeong-hun and Hui-hyeon were a good couple, they were having problems because he had to go to the military soon. In the last episode, we learned that Jeong-hun, like Hui-hyeon, had trouble saying what he thought and what he needed and wanted. Instead, he only did what Hui-hyeon wanted. She had no idea about any of these things, which makes sense since Jeong-hun has always come across as calm and quiet.

But even though Hui-hyeon chose to be with Jeong-hun, it was his choice that was the most important because he had to decide if he wanted his girlfriend to wait for him for two years or if he should just let her go and let her live her life however she wanted.

Luckily for them both and for us, he also chose to be with her and, for once, asked her to wait for him. The crowd was very happy with his choice.

From the start, Tae-immaturity wan’s and Hye-selfishness yeon’s made them a pretty explosive couple, and we couldn’t help but wonder why they were even together. But it was clear that they both loved each other, even though Hye-yeon made it hard for people to side with her.

When Tae-wan finally stood up for himself after several incidents and talks, Hye-yeon changed her mind. She realized that an honest conversation could go a long way, and their relationship changed. In the last few episodes, she begged and pleaded with him to give her a chance, and we really saw her change.

Although I personally thought that the drama about the texts was a bit much, considering they have only been together for 9 months, but I guess the texts were simply the tip of the iceberg and that a lot of things came together for Tae-wan to question his relationship finally.

Just when we thought that things were going to end badly for them, Tae-wan decided to give his girlfriend one last chance since she truly was trying to make things better.

I think the basic difference between Tae-wan & Hye-yeon and Yun-seul & Hyo-gi was the fact that the former was able actually to hear each other out instead of going in circles. That’s what Yun-seul and Hyo-gi missed out on because they could never agree on anything. By the end of the show, you realize that they are very different people. Also, the fact that Hyo-gi insulted his girlfriend in front of everyone for no reason doesn’t make you want to date them.

Both of them had problems, so in the end, they decided to end their relationship. It’s sad, but you understand why they made the choices they did.

The most satisfying was watching Ji-yu become more confident and become more communicative and articulate her feelings. It was great, and we were all for her finding and choosing what makes her happy. Do-hyeong, meanwhile, also moved past the past deception on Ji-yu’s part and although we love her as a person, what she had in the past was pretty bad.

The conversation that they had had a few episodes ago rang true for both of them, wherein Ji-yu finally told her boyfriend that she wasn’t happy in the relationship a few years ago and his perfect memories of them together don’t coincide with hers. It was an eye-opening moment, and Jeong-hun’s influence made her more confident.

In the end, they both chose each other because, regardless of their issues, they did love each other, and when you are able to communicate effectively, most problems can be solved easily.

Are the Change Days Season 2 Couples Still Together?

We looked through all of their social media to find out more, and with the exception of Hui-hyeon, who posted the cutest pictures of her and Jeong-hun together, no one really talked about their spouses. I get what Hyo-gi is saying, but we’d love to know if the others are happy and love each other. I guess we’ll have to wait a while for it, though.

The Korean dating reality TV show Change Days is hosted by Jang Do-yeon, Code Kunst, Yang Se-chan, and Heo Young-ji. The show is about four couples who are having trouble and are given one last chance to choose who they want to be with. They can date other people and only be with their new partners, get back together with the people they were with before, or stay single. They go out on dates with a few different people to get a feel for things. After 12 days, they make a decision.

KakaoTV’s summary says that the show is about “four couples who are on a trip together and are thinking about splitting up for different reasons.” They decided to switch partners for two weeks and go on a date to see if they could bring back the spark that used to be there between them. Will he be able to go back and get the beating he was looking for the first time? Who will be there if you are successful when you try to get it?

Change Days Season 2, which Kakao and Netflix made together, is almost at its end. After a lot of broken hearts in the previous episodes, let’s see if any of the couples leave the show together or separately. Or will they decide to go away?

Change Days’ first season did not get as much attention as it is now. The Korean reality TV show Cheinji Deijeu, which is also known as a dating show, is also called Cheinji Deijeu. Only couples who are about to break up are allowed to be on the show. Most of the time, this show has four couples who are sent on a two-week long vacation. Each couple dates someone other than their partner while on vacation. They go on dates with other people to see what it’s like, and some of the dates even work out. But not everyone finds a date, and some often leave with broken hearts.

Kim Tae Wan and Kim Hye Yeon, Lee Jeong Hun and Choi Hui Hyeon, Choi Yun Seul and Min Hyo Gi, and Kim Do Hyeong and Kim Ji Yu are the four couples who took part this season. Yang Se Chan, Code Kunst, Heo Young Ji, and Jang Do Yeon are in charge of the show. The contestants are on vacation on Jeju Island right now.

At the start of Episode 15, Kim Do Hyeong and Kim Ji Yu get into a fight, which helps them figure out where their relationship stands. Since the season is almost over, this fight doesn’t come as a surprise, even though it’s a sad one. Choi Hui Hyeon and Lee Jeong Hun also talk about their relationship in a serious way, and Tae Wan goes on a date with Hye Yeon.

Yun Seun and Hyo Gi, the other couple, have a date at the same place he went with Choi Hui Hyeon. So much has happened since they got to the island that you can feel their awkwardness. Both of them have different plans for the future after meeting new people, which makes their situation worse.

This last date was meant to make them hold the same hands they did when they came to the show. On their last date, it was more about how clear they were than how well they got along. Some old wounds were reopened, and for some of them, the last conversation was as awkward as a first date. Fans are eager to find out if any couple chooses to stay together or not because the day of their final choice is coming up quickly.