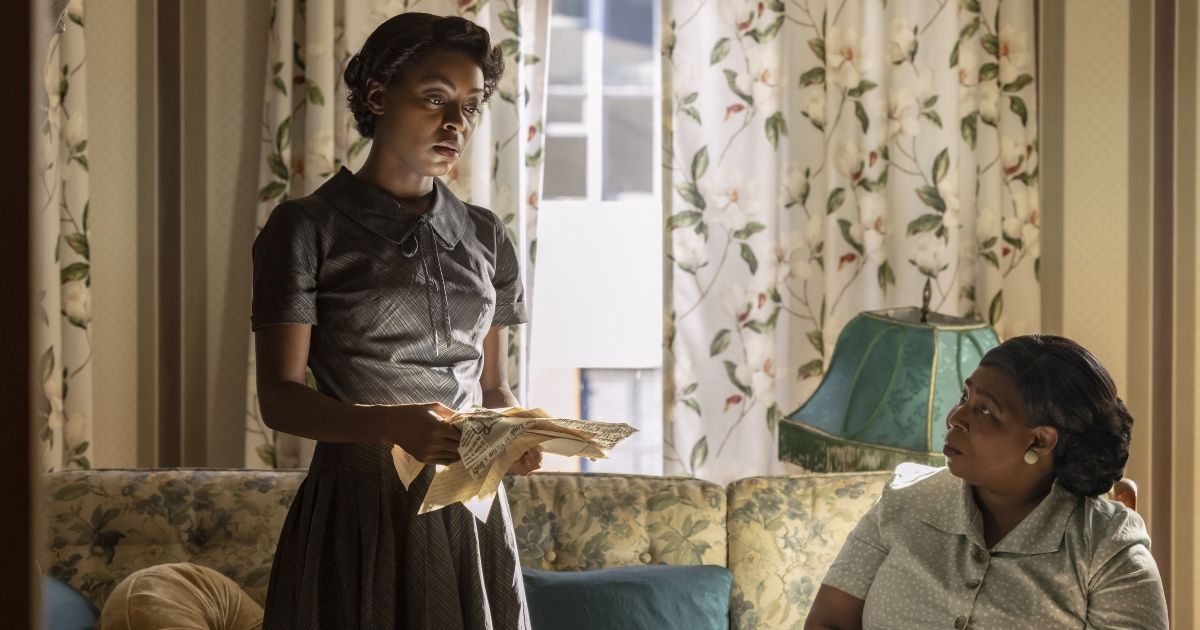 Whoopi Goldberg on Why We Need Movies Like Till

Throughout her career, Whoopi Goldberg has continued to create and put out content relevant to the world today. Ever since first appearing in The Color Purple and finding a breakthrough in the industry through that role, her work has continued to push the limits and establish her as one of the finest actresses of her generation.

Whether appearing on Broadway, television, movie screens in the United States, or across the ocean, Goldberg has been an inspiration for many. It comes as no surprise that she is one of the producers in 2022’s Till, a movie that brings Emmett Till’s story to the big screen for the first time. She appears in the film as Till’s grandmother, who, after encouraging her grandson to go to Mississippi, is left to pick up the pieces of what happened back in Chicago.

A Necessary Story in Today’s Climate

MW: Your character is both a mother and a grandmother—something you are yourself. When approaching this role, did your personal experiences inform your decisions?

Whoopi Goldberg: I wish I could tell you I was that deep. I have been a grandmother since I was thirty-three, so it came naturally to me. Though I had to be a grandmother in 1955, which is slightly different than 2023. I had to be a woman who is encouraging her grandson to go see the world and be with his family, and because she does not have a crystal ball, she does not know what is coming. It is hard when you think about a grandma who says, “Yeah, it will be alright. Let him go” and then later on has to say that this is all their fault.

It’s a lot to carry for her, I think. The film does a lot to illustrate the love of a mom and her child. Whether it’s me to my daughter or my daughter to her son. The fact that these were normal, regular people who ended up in an insane situation because of systemic racism. Racism that took all the humanity from folks and allowed these people, these gentlemen, to go and murder a fourteen-year-old. So we want to make sure people are thinking about that as it pertains to their own lives. There’s a lot of hate in the world right now. Hate towards women, hate towards LGBTQ folks, Jews, Black people. There’s a lot of hate. This movie is what hate looks like when it is in its full-blown stage.

MW: This is the first time that the Till story has been made into a movie. At the same time, people who were alive then, the firsthand sources, are starting to pass away. Are you hopeful that stories and movies like Till will continue to be told?

Whoopi Goldberg: I hope so. We were lucky because a lot of Emmett’s cousins, aunts, and uncles are still alive. Our writer, Keith Beauchamp, who was really the spearhead for all of this, made a documentary that got the case reopened. He was one of the people who fought hard to get the bill passed, the Anti-Lynching Bill passed. He knew Mrs. Mobley. A lot of the magical freshness of this actor [Jalyn Hall], we get to see him as a real person, as a real kid. We get to see the amazing performance that Danielle does as Mrs. Mobley. We have that because of everything Keith has given us about them. It’s a tale that people should know, especially when history books keep trying to erase stuff. We have to keep coming back as women, LGBTQ folks, as all of these groups experiencing this hate and racism coming towards us. We have to take a look [at this] and say “we’re going to stop you.”