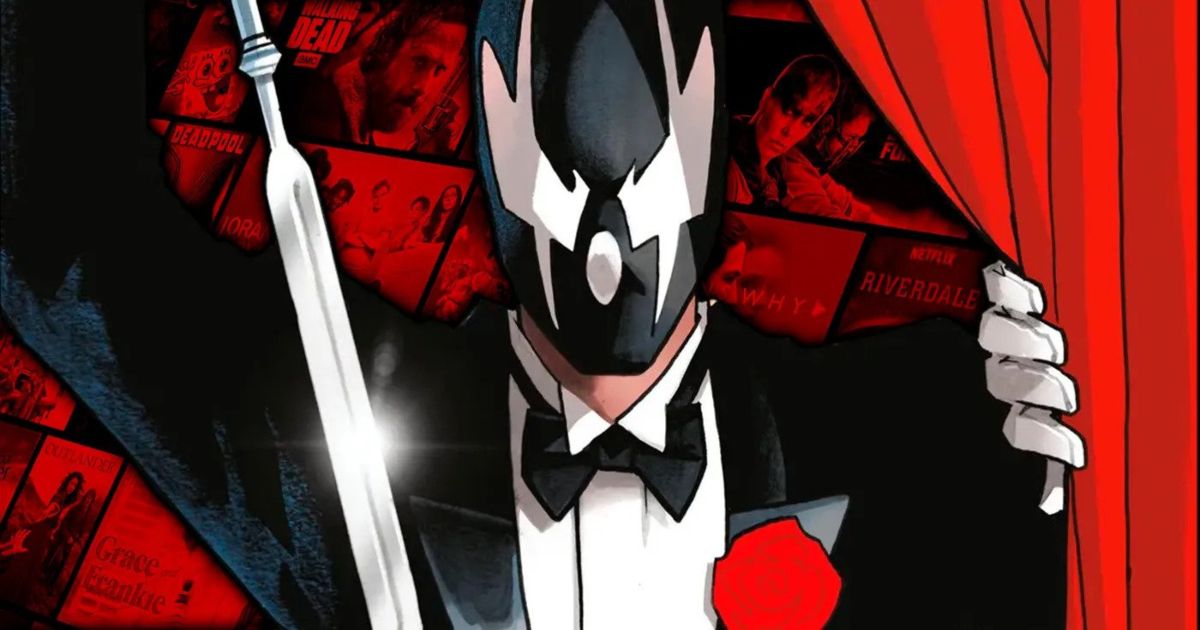 In today’s world of streaming services galore and many kinds of series to watch, it’s not all that uncommon to hear about a show that was axed just right after airing just a few episodes. One of the latest examples of this trend is Resident Evil on Netflix, which premiered on July 14, 2022, and lasted just eight episodes. Paper Girls is another, debuting on Prime Video on July 29, 2022, and canceled after the same amount of episodes.

There has to be nothing more bizarre than the current situation surrounding what would have been the comic book adaptation of Grendel. First announced for Netflix in early 2021 with no actual release date confirmed, the eight-episode series would have loosely followed the comic book of the same name originally published by Dark Horse Comics over forty years ago. This well-established antihero already spanned many volumes, crossed over with other prominent characters from other universes (including Batman), and won several awards. This is surely a staggering blow to the comic book community, who were hopeful that another one of their beloved characters would transition to a current medium. No, there is no mistake with that title. The first would-be season was shot and filmed, but before airing it, Netflix decided to give it the boot.

Alan Moore, the creator of Watchmen and V for Vendetta, called the character of Grendel “a brave and possibly even reckless experiment that succeeded admirably.” Usually sporting a slim all-black outfit and a mask with trademarked black and white curved edges around the perimeter of the eyes, the masked vigilante has an appearance alone that blends the traits of intelligence with ruthlessness. The original author of Grendel has even proclaimed on numerous occasions that the character is a visual representation of the nature of aggression.

The comic book version of the character has been around since 1982, and quite a few individuals have donned the mask since then (including some from the past, present, and future). Netflix confirmed through its official description of the show that the first person who took on that alter ego, a man by the name of Hunter Rose, would have been the show’s main focus.

Related: The Mask: Why The Jim Carrey Movie Deserves a Reboot Closer to the Gory Comics

The Man Behind the Mask

Mr. Rose was a world-famous fencer who grew tired of the sport until he fell in love with a fellow trainer, Jocasta Rose, twenty years his senior. After her quick but traumatizing death, he left the world of competitive sports and honored her name by becoming a fiction writer. Even though he was lucky enough to find a new creative outlet to dive into, Jocasta’s passing wildly scrambled Hunter’s moral compass. He started thinking about when they used to draw faces on fencing masks together.

He then drew a new face that resembled the wicked beast of Grendel from the classical poem “Beowulf.” Under this new persona, Hunter found himself comfortably residing in angrier and angrier activities, eventually outright killing and then taking the place of a hitman who had contracts from the Cioccine mafia family.

Over time, Grendel goes from being a lowly hired hitman for the Cioccines to becoming the boss himself due to him eliminating those who were firmly established at the top of the family. Once Hunter’s original emotional arc about him seeking revenge for a loved one concludes, the story’s writing tends to lean more into a traditional supernatural and fantasy theme. For instance, Grendel finds himself a new nemesis in the form of a cursed wolf-man named Argent.

Related: Watchmen: How The HBO Show Deconstructs the Superhero Genre

The noir-themed hero series would have featured a rather fresh and welcoming cast that included the likes of Abubakr Ali playing the title character, Grendel, Jaime Ray Newman stepping into the character of Jocasta Rose, and Julian Black Antelope being Argent, Grendel’s half-human and half wolf nemesis. Anyone could see that just by the casting of these three roles, this show would have had a successful launch. However, it seems like Netflix and budget cuts ultimately got in the way before it could be seen in front of the world.

Luckily, there have been reports of the showrunners trying to shop the eight episodes already filmed to other streaming services and broadcasters. Hopefully, the producers can find a home for the show before Grendel is inevitably lost in the shuffle of superheroes still trying to find their own corner of space in Hollywood.