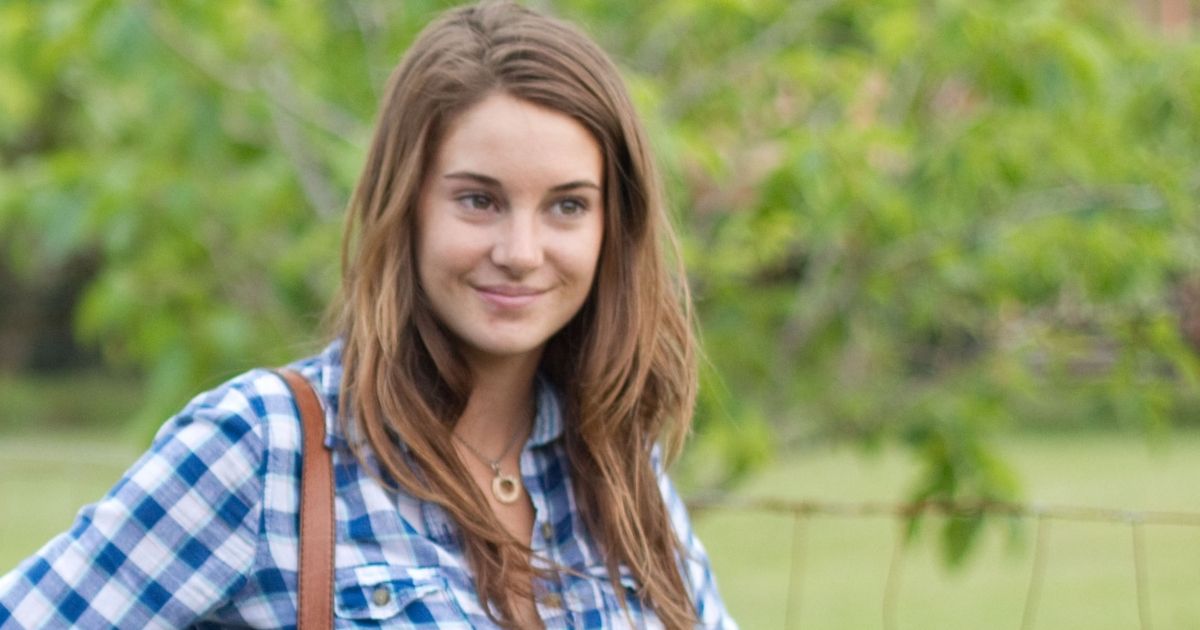 Shailene Woodley is a critically acclaimed actress who’s been acting in roles both large and small for over 20 years now. She initially started by playing small roles in big shows like The O.C., CSI: NY, My Name is Earl, and Everybody Loves Raymond before landing larger parts in hit films like The Descendants and The Spectacular Now. 2014 was set to be a breakout year for the star, as she had the first Divergent set for release at the beginning of the year and two summer films: The Fault in Our Stars and The Amazing Spider-Man 2 where she would play Mary Jane Watson. While the star had a great 2014, one of those performances never was seen since Woodley was cut out of The Amazing Spider-Man 2.

Update October 3, 2022: This article has been updated with further details about Shailene Woodley’s cut role from The Amazing Spider-Man 2 and Sony’s original plans for the franchise.

Did Shailene Woodley Film Any Scenes for The Amazing Spider-Man 2?

Based on set photos taken during filming, there were at least 3 significant scenes shot with Woodley’s involvement. One shows her working with a hammer on the front porch of a house when she meets Gwen Stacy (played by Emma Stone). A second scene has Woodley holding her motorcycle and talking to Peter Parker (played by Andrew Garfield), who is working under the hood of a car at the time.

Related: Everything We Know About Andrew Garfield’s The Amazing Spider-Man 3 (& Why It Didn’t Happen)

The third has Woodley running out of a café she’s working at (known because she’s wearing a café apron), likely due to the loud noise of a car landing upside down. This scene ends up in the final film during the Rhino’s introduction, but all of Woodley’s footage is edited out. Her presence in the end during the Rhino’s appearance was likely a way to lay the groundwork for the future relationship between her and Peter Parker as she was present when Spider-Man made his grand return.

While Woodley’s role in The Amazing Spider-Man 2 was small, it was cast with the intention for her to be a larger role in the sequels. Woodley was cast in 2012 and filmed her scenes in early 2013, but by summer 2013 it was confirmed she had already been cut from the film. Worth noting when she was cut from the film, neither Divergent nor The Fault in Our Stars had opened in theaters. One wonders if Sony would have cut her out of the movie if they knew just how big her career was about to become. It is unclear after Woodley was cut if they intended to bring her back for The Amazing Spider-Man 3 or if they would have cast the role with a different star.

Woodley being cut from the film made her one of two high-profile stars cut out of 2014 Marvel movies, the other being Anna Paquin’s Rogue in X-Men: Days of Future Past. Yet while Anna Paquin’s scenes were restored in the director’s cut, The Amazing Spider-Man 3 was canceled, which meant that Woodley’s Mary Jane never got the chance to appear.

In Marvel Comics, Gwen Stacy is often established as Peter Parker’s first serious love interest with Mary Jane being a romantic rival. Mary Jane then became the primary Spider-Man romance following the death of Gwen Stacy. Peter and Mary Jane are one of the most famous couples in Marvel Comics and later went on to get married, only for it to end in the controversial storyline “One More Day.”

In the Sam Raimi Spider-Man trilogy, due to Mary Jane Watson being the comic current love interest of Peter Parker she was made his first love in the movies, with Gwen Stacy being brought in Spider-Man 3 to be a romantic rival for Mary Jane. In a way to distinguish The Amazing Spider-Man from the previous three Spider-Man films, the filmmakers opted for Gwen Stacy as the central romance. Yet with The Amazing Spider-Man 2 set to adapt the iconic “The Night Gwen Stacy Died” storyline, it made sense in the long term to introduce Mary Jane into the film series to help set her up for future films.

Why Shailene Woodley Was Edited Out of the Movie

There has never been a specified reason for why Woodley was cut out of The Amazing Spider-Man 2. It appears that director Marc Webb didn’t want to take focus away from Peter Parker and Gwen Stacy’s relationship, particularly since their romance was the emotional core of the movie. The Amazing Spider-Man star Andrew Garfield was quoted as saying it was a “bummer” and that Shailene Woodley did “just beautiful work.”

However, he understood the reasoning behind the move, telling Yahoo! Movies: “in the sense of storytelling, it didn’t quite make sense to introduce another girl.” Woodley took the decision well, despite stating the move was a blow to her ego. Woodley told Vanity Fair she felt that “everything happens for a reason” and “it makes total sense.”

The studio likely decided to use the runtime of The Amazing Spider-Man 2 to set up those future villain-focused films, as the finished film not only includes Green Goblin, Electro, and Rhino but also Alistair Smythe and Felicia Hardy as well as teases for Doc Ock and Vulture. Woodley’s scenes as Mary Jane was likely cut to make room for more villains as that was the future Sony had planned for The Amazing Spider-Man franchise before it fizzled out.