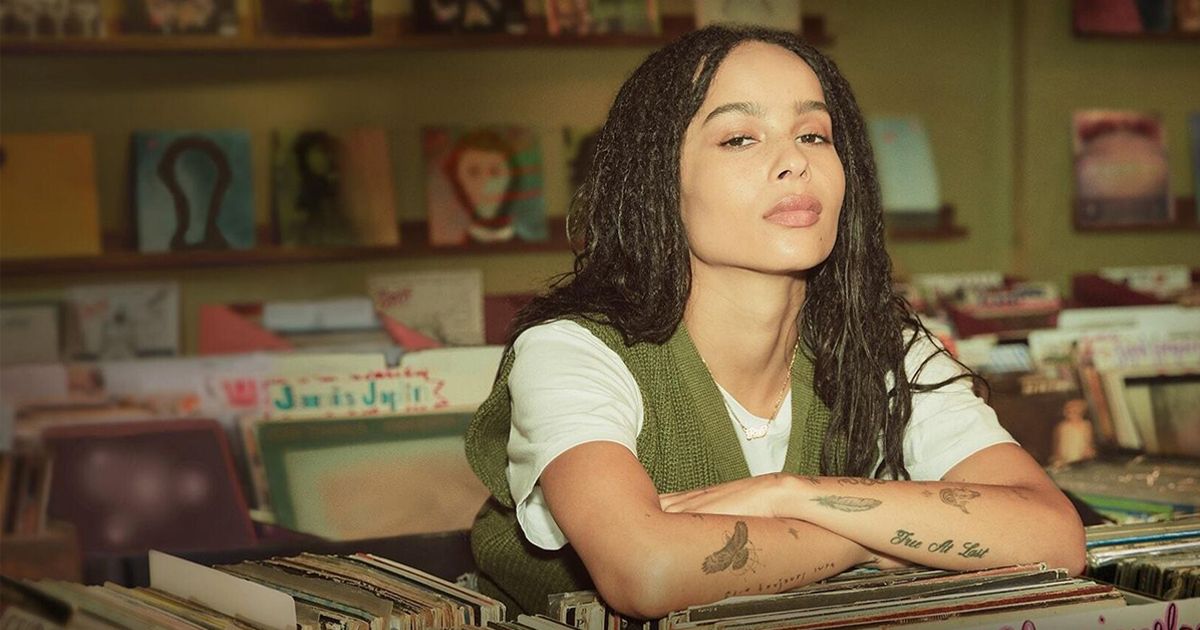 Why You Should Watch Zoë Kravitz’s Best Performance Ever

Nick Hornby wrote the book High Fidelity in 1995 about Rob, a record owner in London, who loves to do top fives, and has a messy love life because of her own volition. In 2000, it was adapted into a movie with John Cusack as the lead, and twenty years later, it became a TV show. Zoë Kravitz was the lead of the TV show’s version, and she showed she had a lot more charisma and acting chops than her appearances as secondary characters in big franchises (Divergent, Mad Max: Fury Road, X-Men: First Class) might have let us believe. Let’s think about our top High Fidelity moments, and see why this Kravitz performance and show is worth our time:

High Fidelity is Kravitz’s best performance ever. She’s been deserving of a lead role with substance for quite some time, and High Fidelity gave her a lot of emotions and substance to play with. Kravitz’s Rob is smart, fun, snobbish, self-centered, messy, sad, compassionate, not always the best friend, sexy, relatable, melancholic, and wants to be loved, but at the same time, is afraid of commitment, and Kravitz nailed all those emotions and changes between them, without losing us, the audience. We’re with her all the way, even when she tells us her top-five breakups (almost always her fault). Kravitz keeps us on her side by being direct, truthful, and showing us the reasons behind her worst moments.

About the character, Kravitz told the Los Angeles Times: “Rob’s the first character I’ve gotten to play who feels very close to who I am. I figured, if this show’s going to happen one way or the other, I’d rather be involved and make sure the spirit of the original property is protected.” That’s why she, not only led the project, but was also a producer and writer for the show. John Cusack’s version of the character is awesome, is how most got to know the story, and he nailed the performance, but Kravitz’s version is less closed off. When she breaks the fourth wall to talk to us and explain her feelings and reasoning, she appears more relatable, as she’s telling all this to her friends (she tells a lot more to us than to her friends, actually), making us part of the show, and wanting to hang out with her some more.

The show gives us ten episodes, twenty-five minutes each, so there’s literally more time to hang out with the characters at Championship Vinyl (Rob’s music store) and get to know the whole cast better: Clyde (Jake Lacy) the new romantic interest, Mac (Kingsley Ben-Adir) the one that got away, her store employees: Cherise (Da’Vine Joy Randolph) and Simon (David H. Holmes), and Rob’s brother, Cameron (Rainbow Sun Francks). The movie was more of a one-man show, telling nuanced stories about friendship, hardship, romance, heartbreak, music, finding your place in the world and how you’re what you love. It also has time to use some scenes from the book that got cut from the movie for time and rhythm purposes.

Cherise and Simon benefit greatly from getting more screen time as they are more developed here (Simon even gets his episode with his top-five breakups). This makes them feel like real people, acknowledging their obsession with music and why they are the way they are, while showing how the world has changed in the twenty years between both adaptations (Rob is bisexual and Simon is gay, for example). The show also has more incredible songs than the original film (still one of the greatest indie soundtracks ever). Writer Nick Hornby told Rolling Stone about the show and its adaptation in 2020: “The playlists are made digitally, yet the hearts that are broken by feckless men and women are still inconveniently and painfully analog.”

Related: 6 Anti-Romance Movies That Will Put You Off Love Forever

Book vs Movie vs TV Show

The movie was a great book adaptation, so when the show was announced, many people dismissed it before seeing it, getting fixated on the change of gender for the lead character, and the fact that Kravitz’s Rob is biracial and bisexual. The thing is, Hornby’s character is so well-defined that those exterior factors don’t change who Rob is, as she still has the toxic traits of all the previous versions: she’s egocentric, and loves to be in a state of continuous self-pity and self-indulgence (and she acknowledges all of it). The differences we can see are more about the female experience, like when a guy twice her age dismisses her music knowledge and talks about music with Clyde, the guy she’s with at the time.

Both the show and movie break the fourth wall to talk to us, and explain Rob’s inner feelings in a way different from what reading a book can, creating more of a dialogue and friendship between the character and us. Some of the most memorable scenes of the movie are referenced in the show, like the one where Rob learns her ex, Mac, is dating someone new and loses her mind, asking: “Who is this Lily girl?!”; when Rob and her friends fight Lily with violence so over-the-top, it looks like a Loony Tunes episode, or when Rob says she’s going to sell five copies of Love, Loss, and Auto-tune by Swamp Dogg (in the movie it was The Beta Band), while Cherise shames a customer for not owning Bob Dylan’s Blonde on Blonde. As a fun little Easter egg, Kravitz’s mom (Lisa Bonet) appears in the movie as one of Rob’s love interests.

All three formats (book, movie, and TV show) tell the story of someone who is trying to be less of a jerk, loves music, and is trying to improve himself, so that their romantic relationships don’t suffer (although book and movie have some blind spots that haven’t aged greatly). It’s been almost thirty years since the book was published and many things have changed, but the love for music, friendships, and looking for someone to share our lives with are still going. It’s a shame High Fidelity got canceled after just one season, as its story wasn’t completely told, but we’ll always have these ten episodes that showed us that Zoë Kravitz deserved her own show, and gave us reasons to believe she would become a superstar.