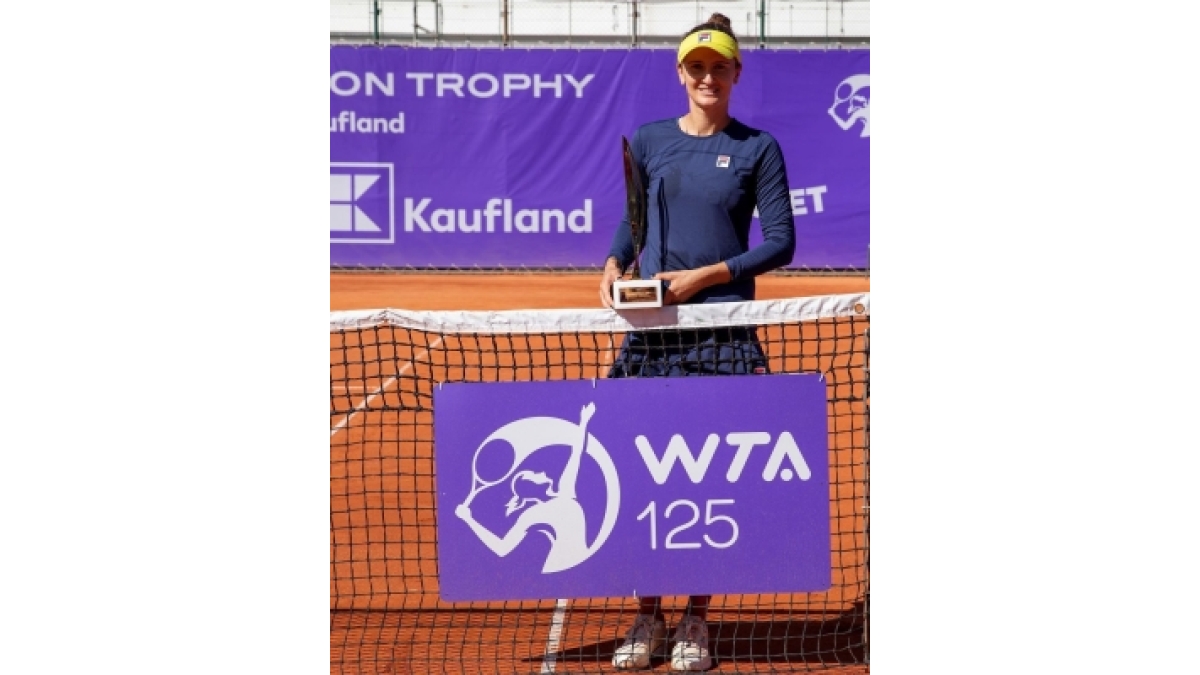 Begu had taken a Top-50 wild card into the WTA 125 tournament in her hometown of Bucharest, where she had previously won the 250-level title in 2017.

The 32-year-old Romanian has been on an upswing in 2022, reaching the fourth round of a major for the first time in six years at Roland Garros and then collecting her fifth tour-level trophy in Palermo in July.

This week, No. 41-ranked Begu continued that form by winning the event without dropping a set and conceding only 18 games in five matches. The final was her toughest of those, though as Begu needed an hour and 47 minutes to quell a dogged Jani, who led by an early break in the second set.

Though Begu’s bigger game and greater power enabled her to keep her nose in front, protecting her lead was rarely straightforward. On three occasions, Begu captured her opponent’s serve, only for Jani’s proficiency on the drop shot and instincts for coming forward to respond with an immediate break back.

But after playing a superb game to get back on serve at 4-3 in the second set, the steam went out of Jani’s comeback. The forehand that had been on song in that game started leaking errors, and the Hungarian lost eight of the last nine points of the match.

However, Jani’s first WTA 125 final caps a stellar three-week stretch that saw the 31-year-old hit a career-high of No. 114 ahead of her Bucharest run, which will lift her even closer to the Top 100.

Two weeks ago, Jani won the biggest title of her career at the Prague ITF W60 and backed it up last week with a semifinal showing at the Bari 125 event.

Jani made her WTA main draw debut in Budapest in 2011 and qualified for her first major at the U.S Open that year. This year, she returned to a Grand Slam main draw for the first time since then as a lucky loser at Roland Garros.

In the past month, she has doubled her career total of Top 100 victories from three to six, with two of those wins coming in Bucharest.