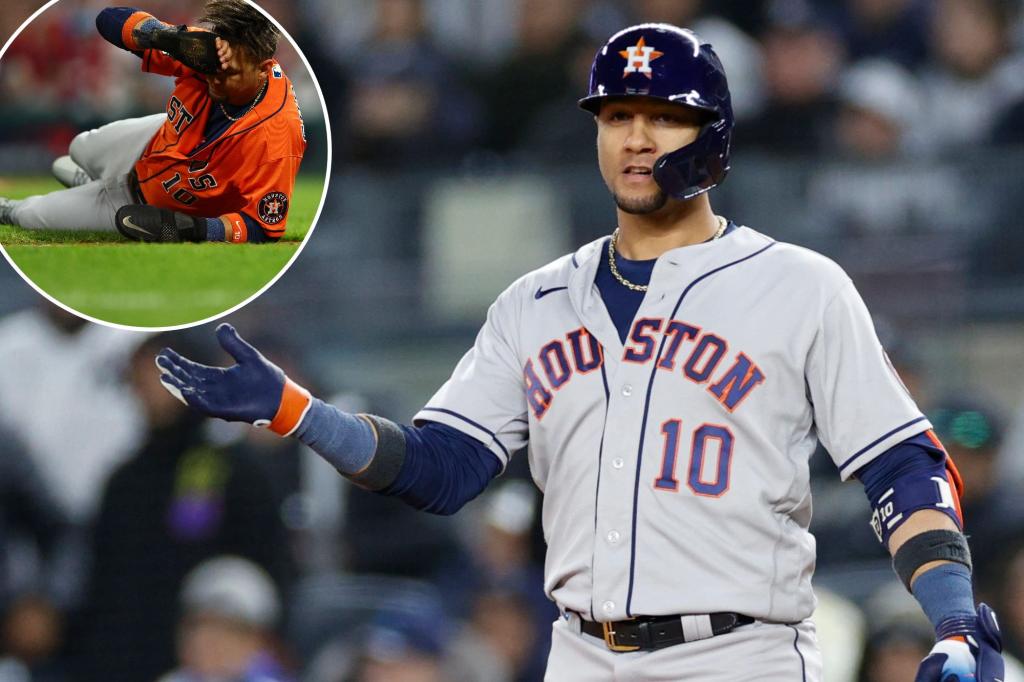 Yuli Gurriel emotional as injury forces him off Astros’ roster

He was off the World Series roster.

Gurriel sustained the injury two nights earlier when he was caught in a rundown between third base and home plate in the seventh inning in Game 5 against the Phillies.

“He didn’t respond well enough to play,” Baker said Saturday before Game 6. “He tried to run. And from a guy who had knee injuries, the hardest thing to do is to stop and then to round the bases or have lateral movement. And, you know, he tried everything.

“He wasn’t crying, but he had tears in his eyes. You could tell how badly he wanted to play. We just couldn’t do it and had to replace him.”

The Astros added catcher Korey Lee to replace Gurriel. The move allowed backup catcher Christian Vazquez to start at DH on Saturday because of the increased flexibility.

Before Gurriel’s injury, the two teams had used the same top six hitters in the lineup through five games for the first time in the World Series since 1945, when the Cubs and Tigers used the same through all seven games.

If the Phillies were going to win this World Series they needed victories on the road in Games 6 and 7. The last team to accomplish that feat was the 2016 Cubs, who won Games 6 and 7 in Cleveland in rebounding from a 3-1 series deficit. Among the players on that Cubs team was current Phillies outfielder Kyle Schwarber.

Baker was asked if he had considered what it would be like to win the World Series as an African-American manager. The 73-year-old Baker was within one victory of his first World Series title as a manager.

“I don’t think about being an African-American manager because I look in the mirror every day and I know what I am,” Baker said. “You know what I’m saying? I do know that there’s certain pressure from a lot of people that are pulling for me, especially people of color. And that part I do feel. I hear it every day. I see it when I’m walking down the street when I see a policeman, a bellman, or anybody of color, but especially of African-American color. And so I feel that I’ve been chosen for this.”